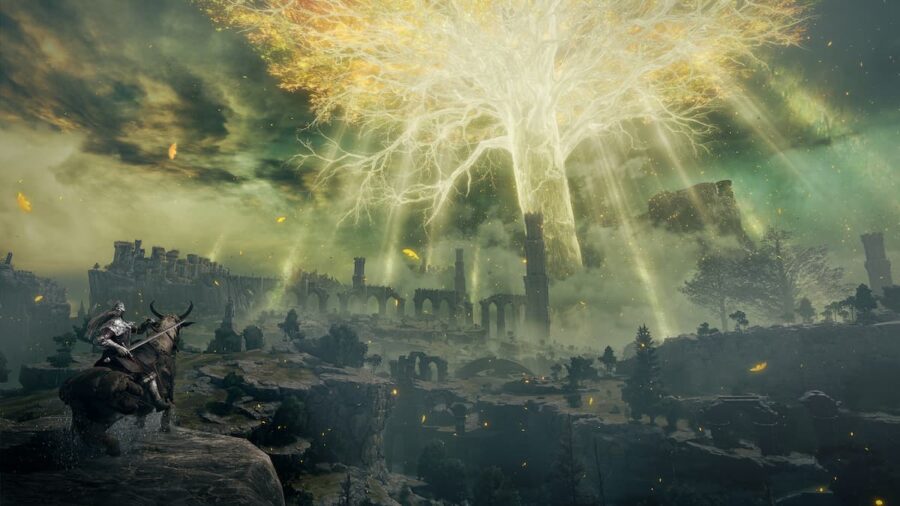 Radagon of the Golden Order is Elden Rings penultimate boss. Radagon is a tall, fractured god who wields the hammer that shattered the Elden Ring. He's found in the Elden Throne. This boss is not optional, as it is the first half of the final battle of the game.

How to defeat Radagon

Being the penultimate boss in Elden Ring, Radagon is an absolute monster to deal with. He will start off slowly, with wide-swinging hammer attacks and the occasional AOE (area of effect) slam. Once he gets below half health, he picks up the pace, moving faster and dishing out AOE and hammer combos.

Melee users will have either an easy or difficult time with this boss, depending on their build. Sword and Shield players have a bit more breathing room with the ability to block some damage. Dual Wielders or Great Weapon users will have to be more cautious and time their rolls well to avoid damage.

If you are running melee, we recommend sticking close to him and guard countering when available. He will perform AOE attacks without much warning, and they can be devastating. Radagon can also be staggered by dealing enough damage with attacks, so use that to your advantage.

For ranged and magic users, this fight will be a piece of cake. Keep your distance and fire away. His only real threat to you will be his dive bomb and AOE attacks. Once you drop his health below half, you will need to be even more sure that you keep your distance from him, as he will begin to charge and teleport toward you. Radagon is also susceptible to both Flame and Dark Flame weapons and incantations, so use this to your advantage.

For more on Elden Ring be sure to check out How to get the Braveheart weapon & Lustrous Shield in Stranger of Paradise or Where to find Lichdragon Fortissax in Elden Ring here on Pro Game Guides.

How to beat Radagon of the Golden Order in Elden Ring