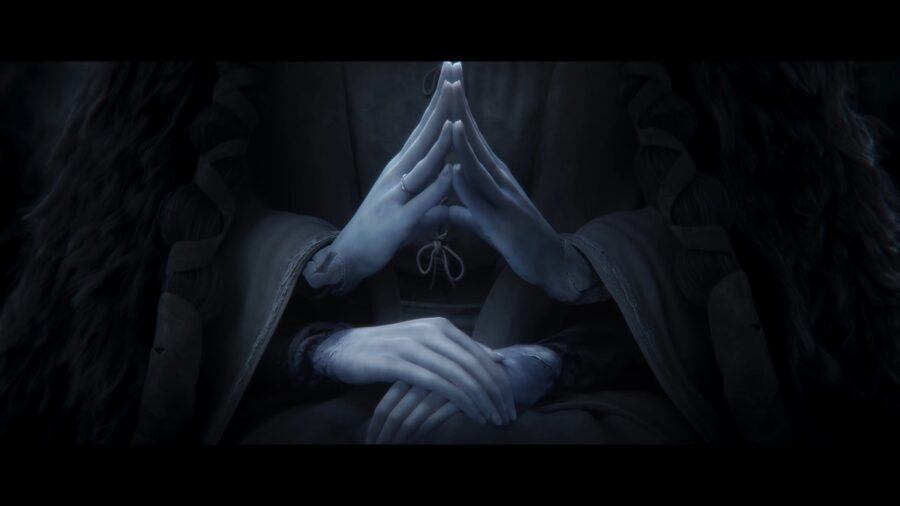 To two-hand a weapon in Elden Ring, press and hold the Triangle button on a PlayStation controller or the Y button on an Xbox controller. Press the R1 or L1 button on PlayStation controllers and the RB or LB button on Xbox controllers while holding the previous button to activate two handing. Once you've swapped to two-hand mode, you'll be able to perform attacks with increased strength at the cost of your mobility. While this may not be ideal for every situation, it is sure to aid The Tarnished in several of their combat encounters.

It's important to note that equipping a weapon in two-hand mode increases damage by 50 percent, which could easily turn the tide of a fight. Whether or not this mode is more comfortable depends on the user, as some players prefer to play these types of games without two-handing a weapon at all.

Some weapons in Elden Ring rely on two-handed use, such as Colossal Swords and Greatswords. More often than not, two-handed weapons are far slower than one-handed weapons but dole out significant damage. It's a system that relies on equivalent exchange. Are you willing to sacrifice speed for strength?

For more on Elden Ring, be sure to check out some of our other articles here on Pro Game Guides.