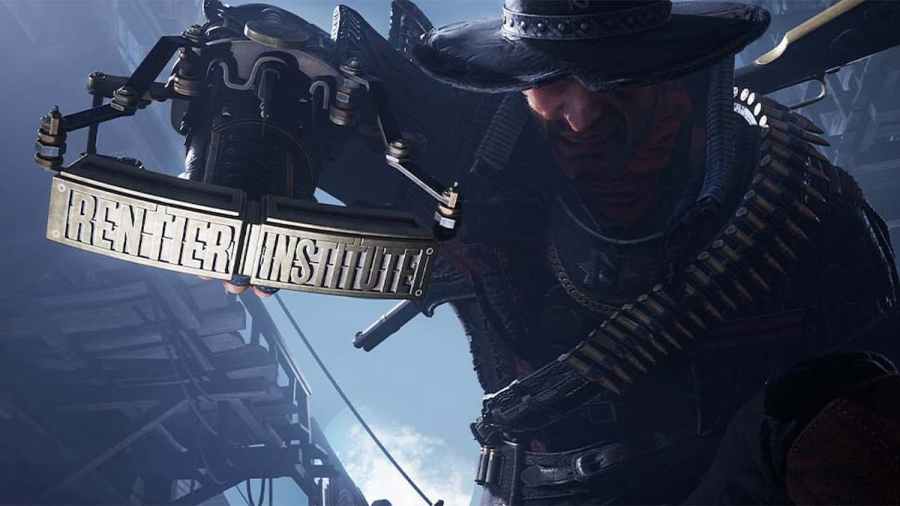 Evil West's Jesse Rentier excels at defeating evil by any means—even punching them in the face repeatedly. The electric gauntlet of the Rentier Institute is the perfect melee weapon for a gun-toting vampire hunter in Evil West's twisted take on the Wild West.

The Flying Wild Hog Twitter states, "Jesse Rentier and his gauntlet: name a more iconic vampire-killing duo!" We find ourselves scrambling to figure out a more striking duo after seeing Jesse and his gauntlet in action. The Tweet clip showcases Jesse's use of the gauntlet's full power to rush enemies down and develop a devastating combo.

Related: What is the release date for Evil West?

The gauntlet is only one of Jesse's tools in Evil West, but it certainly looks like the most fun. The trade-off for this powerful weapon is that you must get up close and personal with some of Evil West's nastiest creatures, such as the Leecher. But some sacrifices will need to be made to give evil a taste of the Rentier Gauntlet.

You can also use the Rentier Gauntlet to set up combos for your firearms. Whether you prefer to stagger an enemy or knock them up into the air, you'll be able to follow up your punches with a whole lot of lead, preferable to the face of evil.

For more information on Evil West, check out All Evil West pre-order bonuses – Skins, weapons, and more and Is Evil West coming to consoles? on Pro Game Guides.