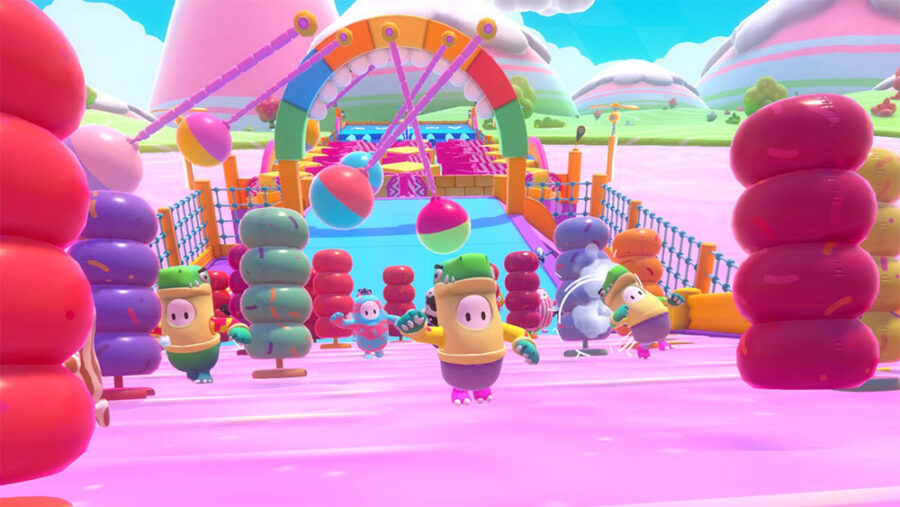 If you've been enjoying Fall Guys like millions of players across the world have been, then you have something to look forward to on August 12th, 2020! It looks like a new patch is going to be released that will not only squash some bugs, but will be adding a new level to the rotation!

The new map is from the beta, and was apparently a fan-favorite! It's called Jump Showdown, which will require you to leap over rotating poles to avoid being swept into the pink goo below. As the round goes on, it looks like wedges of the platform you need to stand on will drop, which should make things a whole lot harder. You will not only need to avoid the small spinning pole, but there's a larger one that spins above you slowly that you need to not bonk into! Here's a look at the new map in action:

Jump Showdown - A fan-favourite from the beta! 👑

We'll be adding it in our first update TOMORROW!

More new levels will be coming soon - along with new features & costumes 👀 pic.twitter.com/zQ4hOI70MP

As for bug fixes, you can expect quite a few things to have been squashed in this new patch! There's going to be more final round variation, due to a chance in weighting. Crashes have been fixed at launch due to certain calendar settings, better messaging for matchmaking and server errors, physics have been corrected that were behaving oddly, crown should now always be grabbable in Fall Mountain, and a bunch of other stuff should be fixed once the patch goes live! You can check out all of the fixes below, or on the Fall Guys' Official Twitter.

How to link Fall Guys to Epic Games Account

What carries over when linking Fall Guys platforms?

Is Fall Guys Down? Here’s how to check Fall Guys Server Status