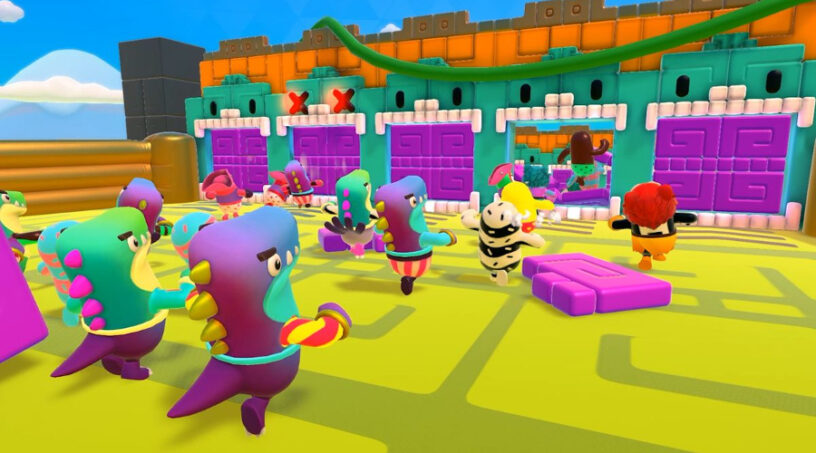 For those who have somehow missed out on what Fall Guys is, it’s a party game that is technically a battle royal where 60 players are put in a series of obstacle courses and mini-games. You must be one of the first to complete the obstacle course or you’re out. It’s a colorful game where players look like jelly beans with eyes, arms, and legs, who bump into each other in a clumsy and adorable way that will make you crack a smile at other players’ misfortune.

The newly famous party game has been swarming the internet, Fall Guys has already announced a second season. Fall Guys Season 2 has a release date of some time in October 2020, and the theme will be all about the medieval! We will hopefully have an exact date for the release in the near future.

Unfortunately, there is no news of Fall Guys coming to Xbox or the Nintendo Switch. Heartbreaking news since so many people are begging to get their hands on this humor-filled game of chaos and joy. Sadly, exclusivity strikes again. However, a mobile port is coming to China, which will open the market up.

There will be several new rounds and levels for players to fumble around in and race to the finish in Season 2, along with plenty of new medieval-themed costumes. New levels show off castle designs with draw bridges, dragons, moats, and moving platforms lined with spikes. The creators of Fall Guys are promising plenty of new and creative objectives and mini-games for players to battle over in an attempt to win that hard-earned victory crown. You’ll soon be able to express yourself as a knight in shining armor, a Viking, witch, or a wizard, along with many other options.