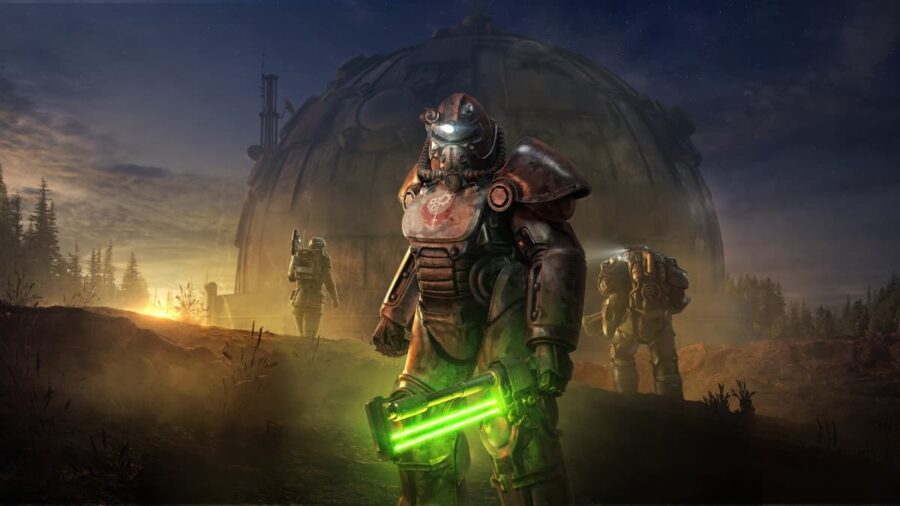 Fallout 76 expeditions The Pitt is a brand new expansion DLC set to launch for Fallout 76 sometime in 2022. In this new expansion, the setting of Fallout 76 is planned to be expanded back to the roots of Bethesda studio's first game, Fallout 3.

The expansion is also set in the irradiated ruins of Pittsburgh, also known as the Pitt. The Pitt was a location first visited in Fallout 3 The Pitt, and in the DLC for that game, players explored a small part of Pittsburgh, but mostly a steel factory.

It's yet to be seen if in the new expansion, players will be exploring similar territory. Perhaps players will get to play as the first Brotherhood expedition sent to the location we first heard about in Fallout 3's lore.

However, from what we could gather from the trailer, the city is a ghost of it's former self and is now overrun with mutants and mysterious monsters shown in the recent trailer.

Fallout 76, will also get an update in July called steel rising. In this update, Fallout 76 will get a brand new story DLC where the brotherhood will undergo a civil war. It will also be up to players to resolve the conflict and make difficult choices throughout the course of the war.

For more on Fallout 76, check out Does Fallout 76 support cross-play? and What is the Fallout 76 Steel Reign release date?