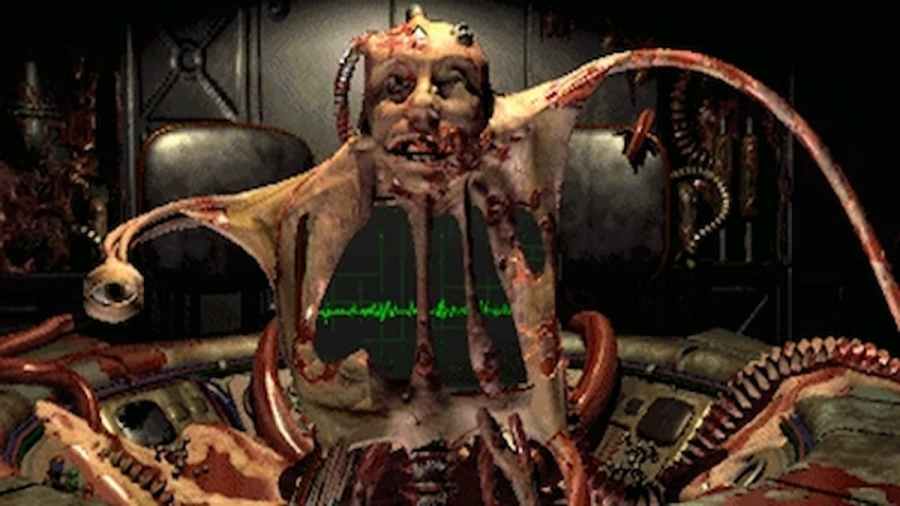 There are many entries in the Fallout series, but it all started with the first Fallout. This CRPG introduced players to the world of Fallout, which has been expanded by Fallout 2, Fallout 3, Fallout 4, and Fallout 76. However, Fallout has one of the greatest villains in video games—The Master. Believe us when we say it's important to know who The Master is in Fallout.

While the Fallout series has introduced many characters, few have had the impact that The Master has. Introduced in the original Fallout, The Master is a mutated human blob encountered in the Los Angeles Vault, otherwise known as the Cathedral. But The Master was not always this twisted creature, but instead a man.

Related: How to get a War Glaive in Fallout 76

The Master was formerly a normal human named Richard Moreau, though he changed his name to Richard Grey after being kicked out of Vault 8 for murder. Grey eventually found his way to the Mariposa Military Base, where he fell into a vat of FEV. After being submerged for some time, Grey climbed out of the vat, now a mutating blob of flesh.

Grey took on the mantle of The Master and began to experiment with FEV, first on animals but then eventually on humans. Through this process, The Master created Super Mutants, a race he believed to be superior to humanity, and sought to bring humanity to extinction. He enlisted cultists and formed the Children of the Cathedral to spy and build up his power throughout the New California region.

All ways to deal with The Master in Fallout

The Master is the primary antagonist of Fallout, though the player can avoid meeting him. The player also hears mention of The Master ahead of meeting him as well. But depending on what the player does when meeting or avoiding The Master, they will receive different outcomes. Here is how to get the different endings in Fallout.

For more information on Fallout, check out How to get Nixie Lamps in Fallout 76 and Fallout 76 Honey Beast Locations on Pro Game Guides.

Who is the Master in Fallout?