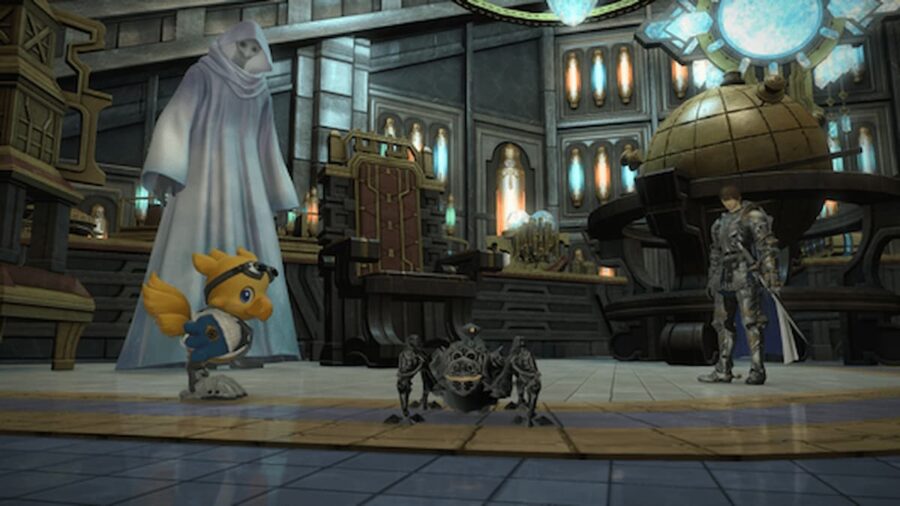 Final Fantasy XIV: Endwalker received a big update with the 6.15 patch which added five new quest lines, dozens of new items, and other changes as well. The 6.15 patch is an in-between Main Story Quest patch that doesn’t include any new raid content or significant story additions. However, it’s still a great patch for additional Endwalker Content. Take a look below at the full FFXIV Patch 6.15 patch notes.

A pair of new quests added, A Heartless Hypothesis, and Goodbye, ε̆│\̆│Δ. These quests concern the Ancients and Omega.

The diminutive helper of the Scions of the Seventh Dawn continues her own side quest with the next edition of Tataru’s Grand Endeavor: Small Business, Big Dreams.

Everyone’s favorite Eorzean gentleman is back in Somehow Further Hildibrand Adventures. With just a pair of quests so far, this looks like the start of a long quest chain throughout the Endwalker post-game.

The Hippos Born to Run quest is the start of the extended Arksodara Tribal Quest line. This is the first beast tribe quest line for Endwalker, and concerns the elephant-like people of Thravnair.