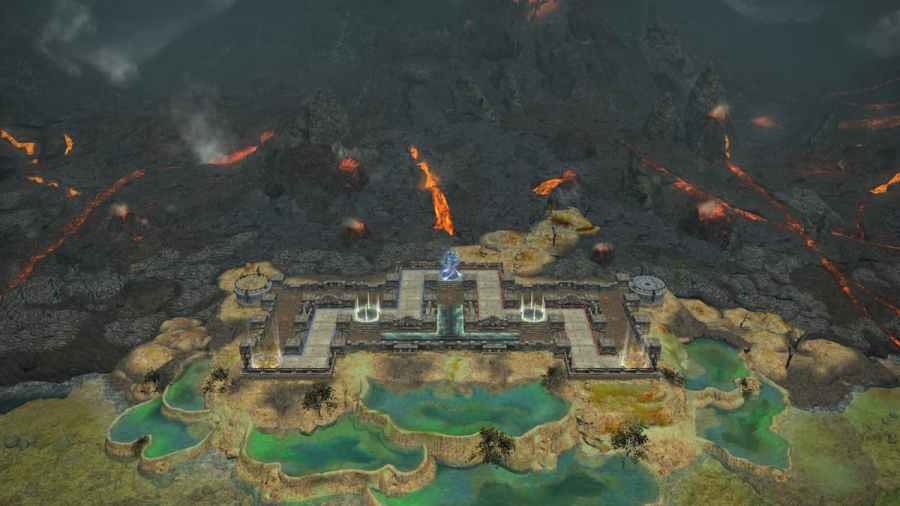 Crystalline Conflict is a PvP mode in Final Fantasy XIV that launched in April 2022. The game mode is a 5v5 player competition where opponents must participate in a tug-of-war battle to push a crystal along a track. To do so, you must slay opposing players, occupy the space below the crystal, and prevent your opponents from pushing it back.

There are dozens of rewards for taking part in Crystalline Conflict, whether that’s ranked or unranked play. The only limit on most of these rewards is how much you’re willing to play the mode. A full set of Series 2 rewards is obtainable after fewer than 50 games if you win a lot.

Wolf Collars can be further exchanged for more rewards, previously only obtainable from The Feast, a now-defunct PvP mode.

As with all PvP modes, Crystalline Conflict drops Wolf Marks, a PvP currency that allows you to buy glamour gear.

If you take part in ranked Crystalline Conflict, you’ll receive rewards based on your final rank and tier. Each tier has its own unique Framer’s Kit that will show your rank for the past season. Additionally, unique Frames will be given to players within the top 100. You can find full details on these rewards on the official ranking page.

How to win Crystalline Conflict in FFXIV- Basic Strategy

One huge mistake new players make is running in and dying immediately. Instead, wait for your opponents to make this mistake and take advantage of it.

Stay on the crystal unless you’re going to die

Sticking on the crystal is the best move for the majority of the time. While this can have unique cases where it's not a good idea (we don’t suggest standing in AoEs or dying for no reason), if you’re full on health, mana, and cooldowns, you should probably be on the crystal.

Healing pots can instantly change the face of a fight. Jump on them and power up even if you’re not that low. Denying a heal from an opposing player can be as good as killing them

Know when to disengage

Knowing when to fight and when to flee and heal is the biggest skill to learn in Crystalline Conflict. Sometimes, even with half health, you’re strong because you have mana or a Limit Break. Know your limits, and fight around them

If its overtime DEFINITELY don’t get off the crystal

In overtime, you’ll lose the round if you get off the crystal. So stick it out to the bigger end!