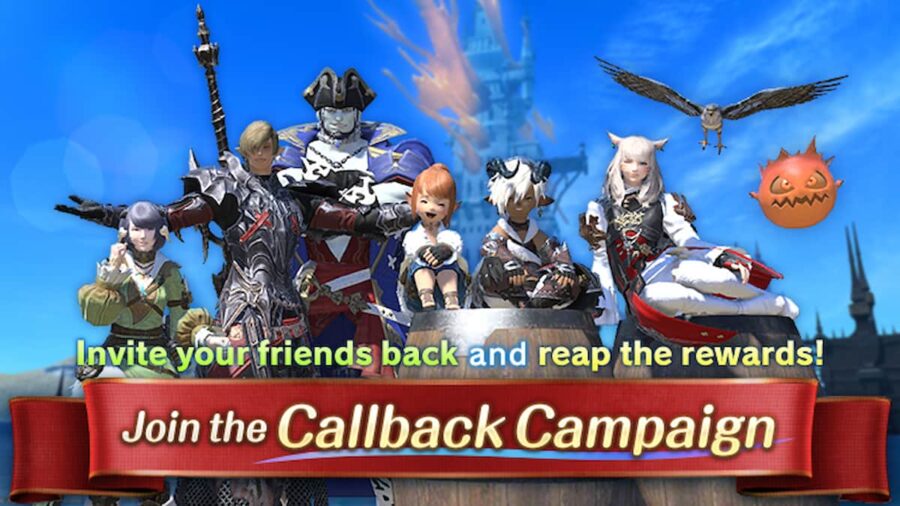 To take part, all you need to do is log in and head to your Friends List. Right-click your friends’ names and select Invite to Return. They’ll then receive an email asking them to return to the game. When they return, they’ll receive 14 days (two weeks) of free game time, 99 aetheryte tickets for free teleports, and 10 Silver Chocobo feathers used to purchase high-level gear.

Related: All new Triple Triad cards in Final Fantasy XIV Patch 6.2 and how to get them

Players invited to return must have a service account that has been inactive for at least 90 days (including the free play period). Those who fail to meet this requirement will not receive an email even if they have been invited to return! Your friend must also have already purchased a full version of Final Fantasy XIV.

Final Fantasy XIV announces the return of the Callback Campaign