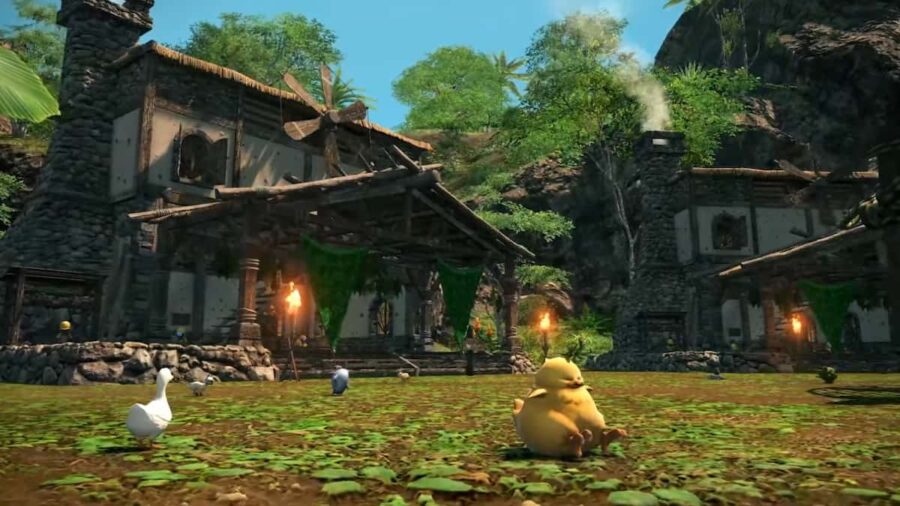 The event started with a trailer for patch 6.2 showcasing the island sanctuary, new dungeons, and overall everything from the new patch, which looks to be massive. The event then confirmed the release date for patch 6.2 to be August 23, 2022, before going through and reviewing the entire trailer in detail, teasing at some of the information.

After talking about the added content the Live Letter hosts then moved on to talk about a number of Job Adjustments upcoming for patch 6.2. They stressed that there would be no major overhauls, but instead minor adjustments to several jobs, and they’d explain the intentions behind them. These changes include:

PvP will see a number of changes in patch 6.2

The presentation then moved on to showing a preview of Pandaemonium: Abyssos, with Yoshida attempting to defeat one of the new bosses, a monstrous version of the cute Carbuncle. Yoshida then teased images of the new gear obtained from Pandaemonium: Abyssos. The number of items needed to obtain the gear has also been lowered for the head, hands, and feet, with the number reduced from six to four.

After an extended break, the presentation started to show off some of the new Island Sanctuary features. They included some of the gear you can get, as well as the minions and pets you can add to your sanctuary and look after. With this latest look at the feature, we now have a better idea of just how it will play out.

Yoshida also went into detail about the new Variant Dungeons, even playing one on stream. The Live Letter also revealed new in-game action from the Variant Dungeons, which include Healer, Tank, and DPS actions.

Overall this was a huge look at what’s certain to be a massive patch for the game. The full live letter lasted close to three and a half hours, and covered boat-loads of information. The 6.2 update is now just two weeks away, and it’s sure to be one of the most content-filled updates to the game.