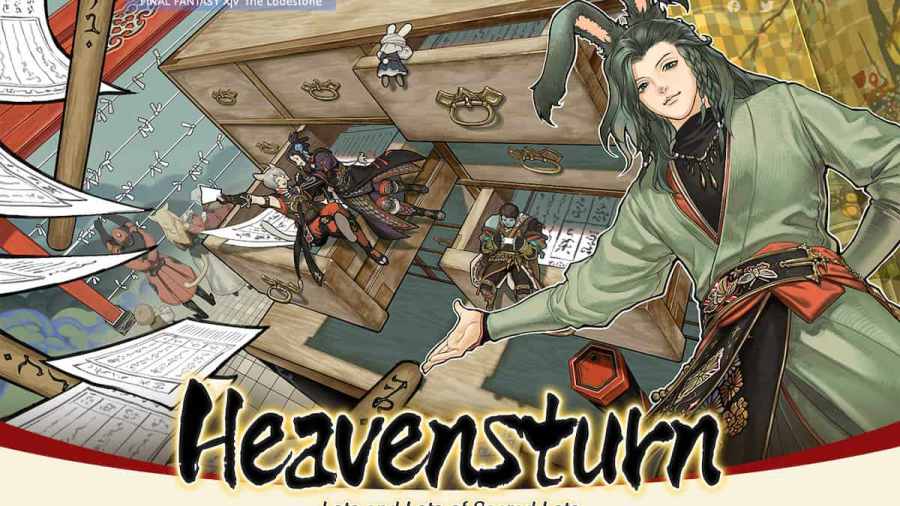 Mark your calendars because there’s one last event in Final Fantasy XIV for 2022, as Heavensturn takes over the game on December 31. Until Monday, January 16, 2023, at 6:59am PT, FFXIV’s New Year’s Day-themed event of eastern-style traditions and festivity run, giving you a chance to unlock some incredible looking new glamour and furnishing items.

Announced on the official Final Fantasy XIV Twitter following the Live Letter on December 23, this Heavensturn will ring in the new year and give you a fancy new glam to take on your Patch 6.3 adventures, which launches on January 10, 2023. The event starts in Limsa Lominsa, with the quest requiring you to be level 15. Talk to Usagi Bugyo at X: 11.5, Y: 13.9 to start the quest.

Upon completing the quest, you’ll receive a set of Heavensturn armor, including a chest, leg, hand, and foot. You’ll also receive the hanging Heavensturn Crane Banner for your house or apartment. As always, seasonal quests cannot be completed after the event has concluded, and certain items available during previous iterations can be obtained via the Seasonal Shop.

Final Fantasy XIV always has a full calendar of events to keep you going throughout the year, and it's nice that even at the very end of 2022, fans have something to send them off into the new year. And there’s plenty to look forward to in FFXIV: Endwalker in 2023, as our event and patch guide shows!