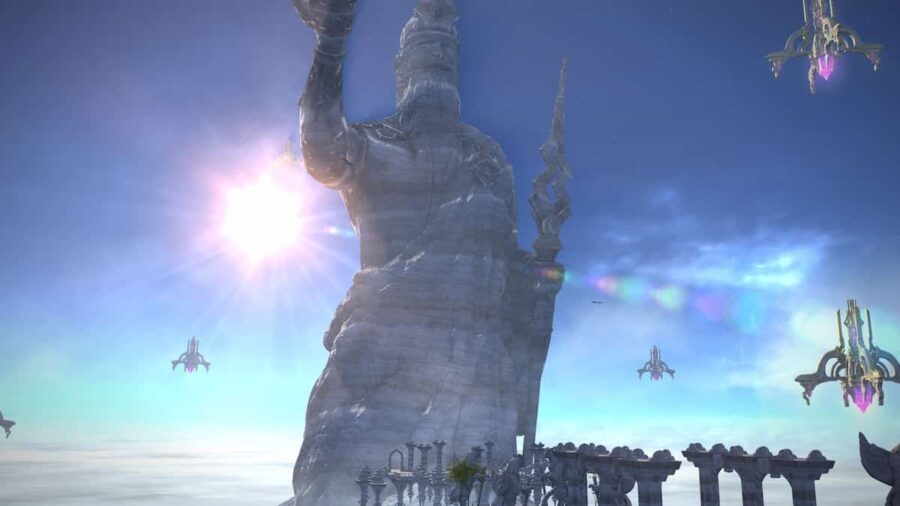 Square Enix has copyright claimed the video of the World First Dragonsong Ultimate clear. The Dragonsong Ultimate Raid is Final Fantasy XIV's newest and most challenging raid. Last week it was defeated by Neverland Raid Team, who subsequently posted video of the kill on YouTube. Today (May 9), that video was copyright claimed and removed by Square Enix.

The removal was first brought to the wider community's attention after a post on the Final Fantasy XIV official Twitter.

In the post, Square congratulated the winners of the race, but also used it to highlight its policy on third-party tools and modifications. They then linked to a full post on the Final Fantasy XIV Lodestone website.

In a Reddit thread about the removal, users speculated about the reasoning for the removal. Two theories exist, one suggesting that it has been removed for a violation of the Terms of Service (ToS), and others believing it's related to the use of copyrighted music.

The ToS violation would be related to the use of third-party tools and user interface (UI) altering elements in Final Fantasy XIV. In the world first kill video, the point of view character uses plugins to modify the UI. A different point of view (PoV) of the kill, from the party’s monk, has escaped removal. Since this PoV showed off only one very minor UI alteration (an FPS counter in the top corner), this lack of removal made the UI alteration theory most likely.

However, Square Enix has also historically been very diligent in copyright claiming its music on YouTube. But with the post on Lodestone, and the Tweet, it seems clear what Square Enix’s message is: Congratulations, but no third-party tools.