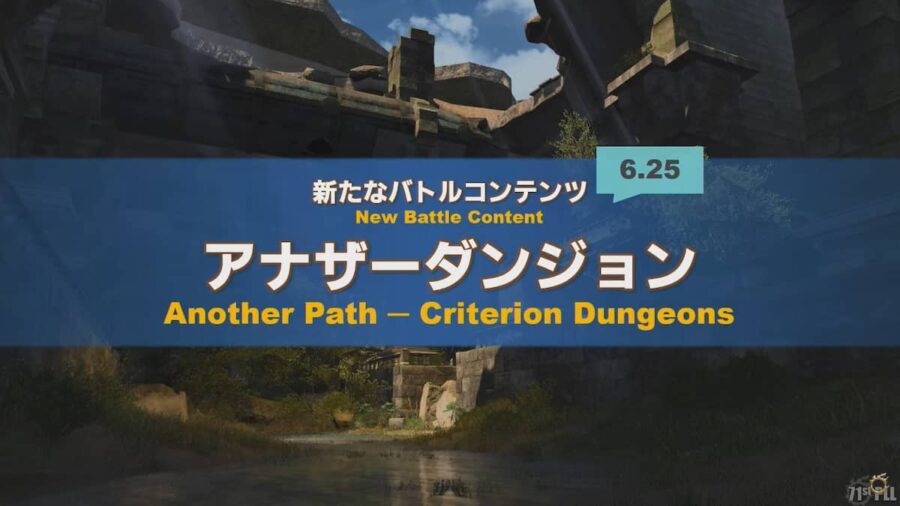 In the July 1, 2022 Live Letter, Final Fantasy XIV’s lead producer and director Naoki Yoshida revealed a brand new feature for the game called Variant Dungeons. Previously hinted at in the past as Criterion Dungeons, this new feature is a series of variable difficulty dungeons that have both narrative and casual elements, as well as more hardcore elements.

Variant Dungeons are split into two types: Variant Dungeons, which are more casual, narrative-driven content; and Another Path, or Criterion Dungeons.

What are Variant Dungeons in FFXIV?

Variant Dungeons are level 90 content for 1-4 players, or four players when matchmade together. There are no role restrictions, and job changes are permitted within the content. Enemy strength is determined by party size, and the route of progression is branched based on player progression. This means branching path dungeons with multiple endings that can be collected through multiple playthroughs.

The first Variant Dungeon is called The Sild’Dihn Subterrane, and will see you “explore the depths alongside a certain someone.” Fans have already speculated that this will be G’raha Tia, who the in-game avatar has already promised many times to bring along on his next adventure. In The Sild’Dihn Subterrane, you’ll experience a different story depending on your chosen path, although all stories may be experienced if you do multiple playthroughs. In this dungeon, you’ll be accompanied by NPCs.

Related: What is the Island Sanctuary in Final Fantasy XIV? – Everything to know

What are Another Path / Criterion Dungeons in FFXIV?

Another Path or Criterion Dungeons are Level 90 high-difficulty content for 4-player parties. Parties must form a light party (one tank, one healer, two DPS), and while visually similar to the Variant Dungeons, these will not feature a branching path. Instead, these dungeons will feature a  predetermined route and no NPCs.

In this more difficult version, you’ll have to pre-form your entire party, as matchmaking and duty finder is unavailable. There is no resurrection of any kind, and if you K/O, all enemies will revive again. What’s more, the entire dungeon is effectively on an entrance, with enemies becoming much stronger if not defeated within a certain time limit!

Overall this is an incredibly interesting new piece of content. Dungeons have been casual affairs for almost their entire existence, with most players speed-running dungeons after the initial clear. Final Fantasy XIV will be getting some difficult content for the 4-player party for the first time in a long time.

For more Final Fantasy XIV news, guides, and info, check out Everything revealed about FFXIV patch 6.2 & 6.25 in the July Live Letter on Pro Game Guides.

What are Variant Dungeons in Final Fantasy XIV?