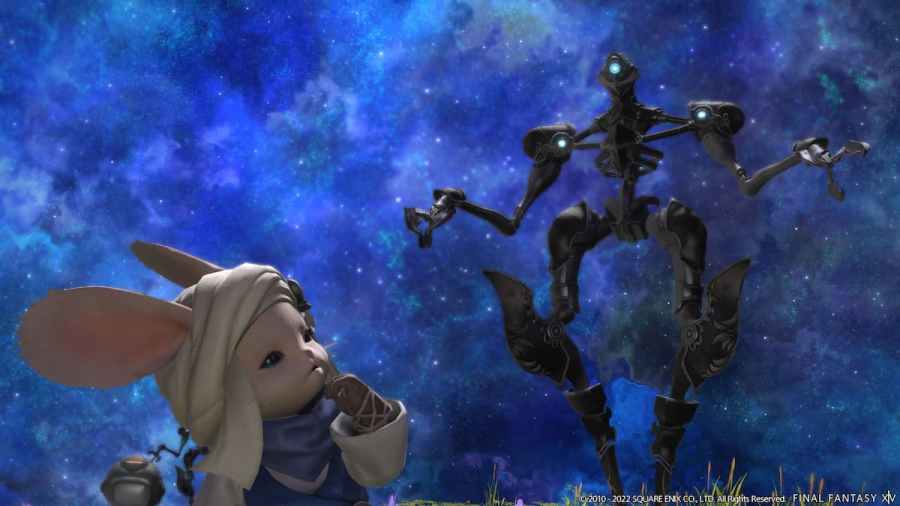 Beast tribe, or tribal quests, are some of the best post-game content in Final Fantasy XIV because of the great mounts and daily rewards they give. The most recent tribe is set to be added in the Buried Memory Patch series, specifically in patch 6.25. But what is the new best tribe/tribal quest?

What are the new tribal quests in Final Fantasy XIV 6.2?

The next beast tribe is the Omicrons. The Omicrons is the race Omega belonged to, an advanced robotic species that we met during Endwalker. However, they now find themselves without purpose. The tribal quests will be released in patch 6.25.

Related: How to get the Pterosquirrel Minion in Final Fantasy XIV

In a recent side quest, the Warrior of Light helped establish a new café in Ultima Thule: The Last Dregs. It may lack most of what someone expects of a café, but Omicron N-7000 and Loporrit Jammingway persevere. These unlikely partners in coffee are determined to brew fresh hope until Ultima Thule brimmeth over with hot drinks!

The tribal quests will take you through the process of setting up a restaurant *ahem* we mean Café at the end of the Universe. We fully expect plenty more Hitchhikers Guide references in this space-born quest line, with some interesting rewards. We’ve already seen a Jellyfish mount and other interesting items previewed, so expect more weird items from this quest line!