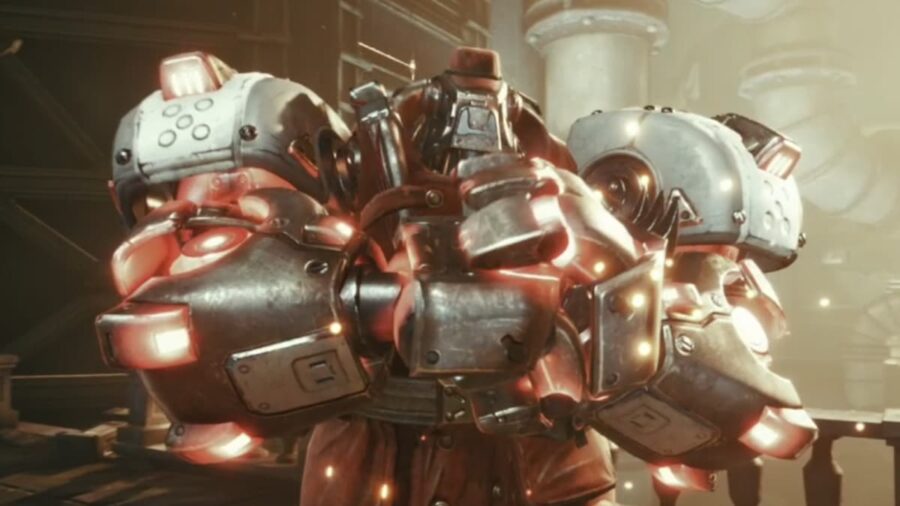 Feral is the first boss fight in F.I.S.T Forged in Shadow Torch, and he's actually simple to beat. You just need to utilize your newfound Double Jump ability to your advantage.

All Ferals attacks make him move forward. He does not have an attack that can hurt you when hitting him from behind, nor does he ever turn around when attacking. So for 99% of this fight, all you need to do is double jump over Feral once he attacks and combo him in the back. But don't get greedy. Dash away as soon as your combo is completed because if you get hit, it hurts a lot.

The main attack you have to watch out for is his Flying Punch attack. This attack is exactly what it sounds like. His arm will come flying at you, completely detached from Feral, which may cause you to think it will give you an opening to attack from the front if you jump over it. But it doesn't.

After his fist is embedded into the wall, Feral will chase after it, which will catch you off guard and no doubt take damage. But once you know, it's coming, single jump over the first, and double jump over Feral. He will then rejoin with his hand, which is stuck in the wall, allowing you to attack from behind, causing a lot of damage. You can even begin charging up your Power Punch while jumping over to then use it instantly.

Keep using these tactics, and Feral will highlight yellow at low, health, which allows you to use an awesome execution on him, to then explode afterward.