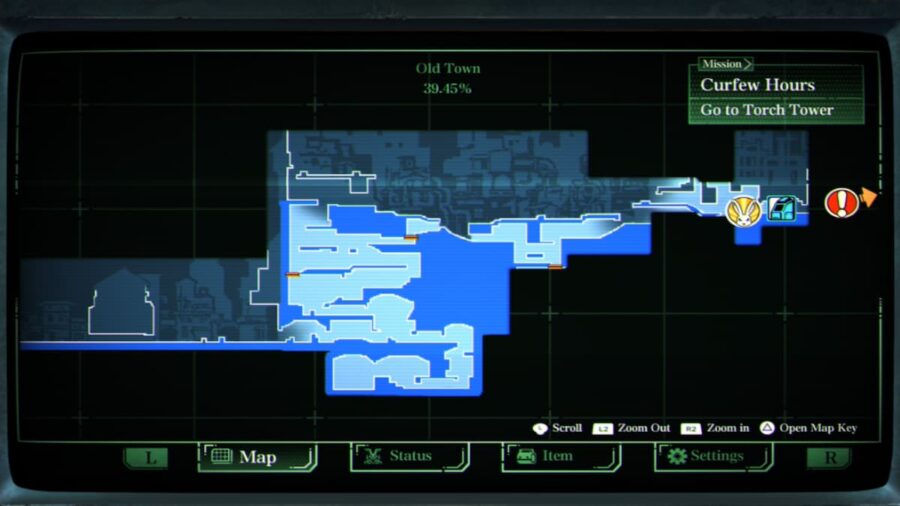 To unlock the map in F.I.S.T Forged in Shadow Torch, you must first play the game until you acquire the wall jump ability. Use that ability to progress until you meet an NPC called Mappo. Mappo has been working closely with Ursa to disrupt the Iron Legion as much as possible, so by using the MCI Radio Ursa gives you, Mappo will give you mapping data of the areas you have been to.

To open up the map, press the Start button and navigate to the map tab or press the touchpad to instantly be looking at the map. What was once black will now have a 2D map displayed. The map will display the areas you have been to and anything you have found but has not yet acquired. Meaning, if you find a secret that you can see but have found no way to get to it yet, the map will display an Icon on where it is, so you can come back later and acquire it.

The map also displays a percentage at the top of it, underneath the area name. This percentage is based on how well you explore. Once that number reaches 100 percent, that means you have discovered every secret, and in that area, you have no more places to find. But it doesn't mean you have collected all items in that area.