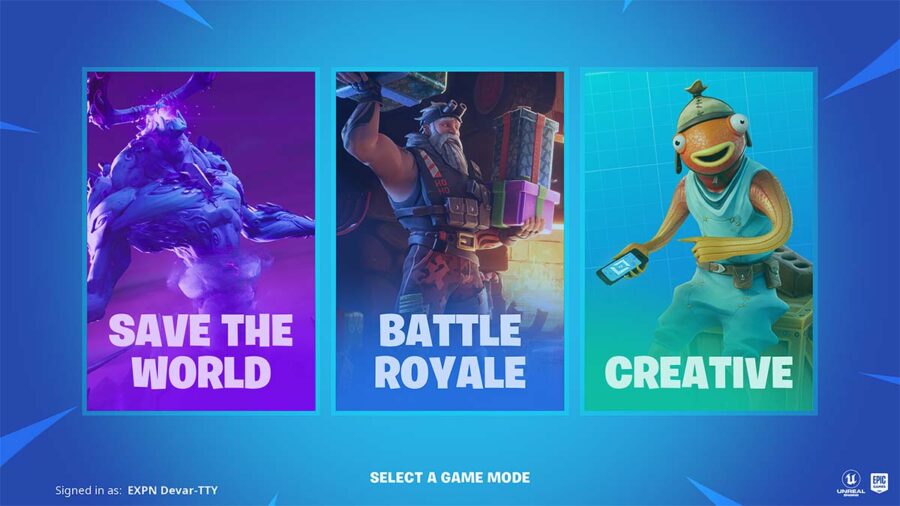 Fortnite is an exceptionally versatile game with many different ways to play thanks to its Creative mode. This article, however, will take a look at the game's three main modes:

Each mode offers players a drastically different style of gameplay, with Save the World being different enough to warrant an extra charge for players to unlock.

Related: How to get Double Movement in Fortnite

Save the World is what Fortnite was originally meant to be. This mode is a third-person shooter-style tower defense game that allows players to build defenses, craft new weapons and items, and put various Survivors to use for their special skills. There are RPG elements to the game to allow players to adapt the mode to their preferred style of play.

This play mode features Quests, Events, Missions, a Command HQ with an Armory, and its own Item Shop separate from the rest of Fortnite. Not free-to-play, Fortnite players wishing to partake in Save the World need to pay in order to have access to it.

It is also important to note that items from Save the World do not cross over into Battle Royale and Creative, while some cosmetics unlocked from the latter two will be available in Save the World.

Fortnite's Battle Royale mode came after Save the World, capitalizing on the BR craze that hit in 2017. Battle Royale remains a free-to-play game that is supported by microtransactions for cosmetic items. This is currently the "core" Fortnite experience and the one that drove Fortnite's claim to fame.

The basics of Battle Royale are simple. 100 players are dropped on the Island and forced to search for weapons, items, and building materials in order to eliminate other players and be the last person standing. The building mechanic is what sets Fortnite apart from other Battle Royale games, allowing players to construct structures using ramps, stairs, platforms, and roofing pyramids. Furthermore, each of these can be edited in various ways to create windows, doors, and more.

Related: How to see how much money you’ve spent on Fortnite

Fortnite's Creative mode was released in 2018 allowing players to create their own experiences using an in-game editor. Players who create their own maps and game modes can then share them with other players using Island Codes, or can even be featured in Creative Mode's Hub, a lobby that servers as a player's access to all Creative has to offer.

Creative has exploded in popularity with users creating everything from custom battle maps to RPG-style games. Epic Games recently introduced Imposter Mode to Creative, an Among Us style game that shows off many features that will eventually be available to players in Creative 2.0.

For more Fortnite guides, check out How to claim an abandoned tent in Fortnite on Pro Game Guides.