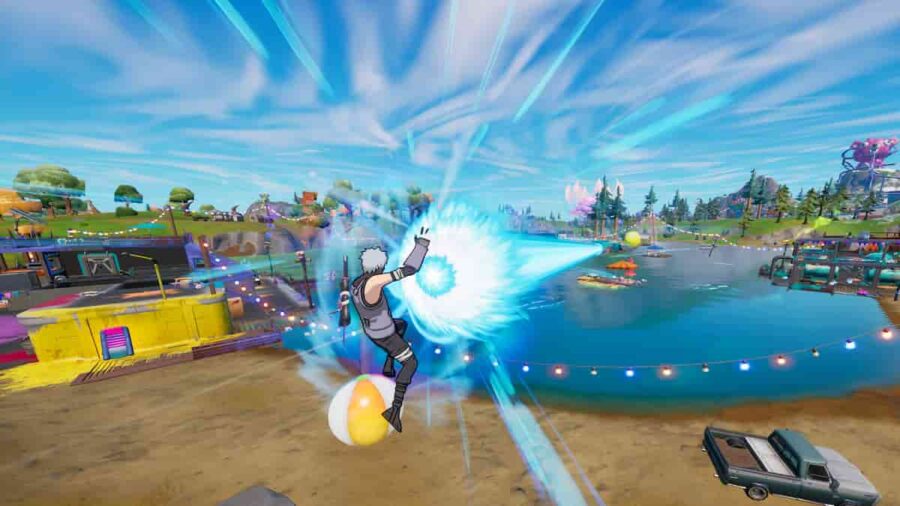 In Fortnite, every Chapter has several seasons, which end after a certain time. Chapter 3 Season 3 is near completion, and fans are eager to see what the Season has in store. Various leaks leading up to the next Season reveal most of the new elements coming to the game. While some of these leaks are true, you should take others with a grain of salt. So, if you are looking for all the leaks and rumors surrounding Fortnite Chapter 3 Season 4, we have you covered with a compiled list. Here's everything players need to know about Fortnite Chapter 3 Season 4.

Popular data miners and community experts provided leaks based on various game files that give us an idea of Fortnite Chapter 3 Season 4 Battle Pass. Several experts claimed that the next Season would heavily feature characters from the Marvel universe. Fortnite Chapter 2 Season 4 saw a major Marvel crossover with Dr. Doom, Wolverine, Storm, She-Hulk, Iron Man, and other superheroes.

As for other Marvel collaborations, chances are high that several characters might get featured in the game. For instance, fans may see characters from Ms. Marvel, Black Panther, Kraven the Hunter, and Guardians of the Galaxy added to Fortnite in Chapter 3 Season 4. Similarly, Dreamer and Starfire's introduction in Fortnite paves the way for more DC superheroes to join the game. Fans are excited to see if any of the characters from Gotham Knights will be featured in Fortnite Chapter 3 Season 4.

Data miners discovered a new jump animation in the game files. Experts speculate that this represents the new Double jump feature that Epic Games will add in Fortnite Chapter 3 Season 4. The animation icon features the default Agent Jonesy skin vaulting after a normal jump. This new mechanic will change how players traverse across buildings and structures.

At the same time, fans also expect to see new items similar to Grapple Glove, Kamehameha, Nimbus Cloud, Lightsabers, and Spider-Man Web-Shooters. These Mythic utility items were exceedingly popular over the last few seasons, and it's quite likely that Epic Games will add a new one in Fortnite Chapter 3 Season 4. Most often, these Mythics are related to seasonal themes and collaborations.

Another major leak suggests that a new mechanic will arrive in the game, allowing players to shoot while gliding. This will be similar to Warzone's mechanic, where you can shoot players right after dropping from the plane. Although there is no evidence behind this speculation, it will add more options for players to shoot at opponents while in mid-air.

Fortnite fans always look forward to events and live concerts, and various leaks hint at a Lady Gaga concert coming to the game. Based on the game files, trailers, and new events, data miners and experts speculate that this concert will take place before or at the start of Fortnite Chapter 3 Season 4. The official blog for Rainbow Royale had a list of artists who would feature in Rainbow Radio. Fans quickly spot Lady Gaga on the list, and speculations suggest that the iconic artist might have a live concert in the game.

Similarly, the Fortnite game files also found a new Icon Series emote. The Jiggle Jiggle emotes added in the game files, and its description says that this item will arrive in Fortnite Chapter 3 Season 4. Along with this, there is also the Dreamer outfit featuring the DC superhero. While some experts believe this will arrive early in Fortnite Chapter 3 Season 4, others speculate it will be in the Item Shop before Season 3 ends.

Related: Where to find a Suppressed SMG in Fortnite

Leaks and rumors surrounding Weapon attachments coming to Fortnite have been out for a long time. In fact, before Chapter 3, players expected to see new weapon mods and attachments that improved gunplay in the game. However, these features never arrived in the game, and fans saw new weapons like the MK-Seven Assault Rifle, which featured a default red-dot attachment. Similarly, the Burst Assault Rifle also has a red-dot scope and is one of the most popular weapons in Chapter 3. Fans are still unsure if weapon attachments will ever arrive in the game as it will affect the weapon mechanics massively.

Fortnitemares is one of the most anticipated events in the game's history, and it usually comes around during Halloween week. The festival is celebrated in-game with various cosmetics and new spooky features for players to try out. Although there is no official news yet, fans can expect Fortnitemares 2022 to arrive in October as it does every year. This event brings several quests, LTMs, and challenges for players to earn XP from. While it is still early, we recommend players keep an eye on Fortnite's official Twitter page to stay informed about the latest updates.

Are you looking to buy the Starfire bundle in Fortnite? Check out Starfire arrives in Fortnite: Bundle price, emote, style edits, and more on Pro Game Guides.