The 13.30 patch has just released in Fortnite and with has come a new creative hub by Juxi! We'll need to help Jonesy get himself some food, but we're a bit short on cash at the moment and will need to head to the ATM. To obtain the money, we're going to need to know a specific ATM pin code, which we'll reveal to you in this quick guide!

To the left of the matchmaking hub, you'll find a room with a Jonesy cutout in it. You'll also see a yellow exclamation over his head. Go into the room and interact with him to start the challenge! 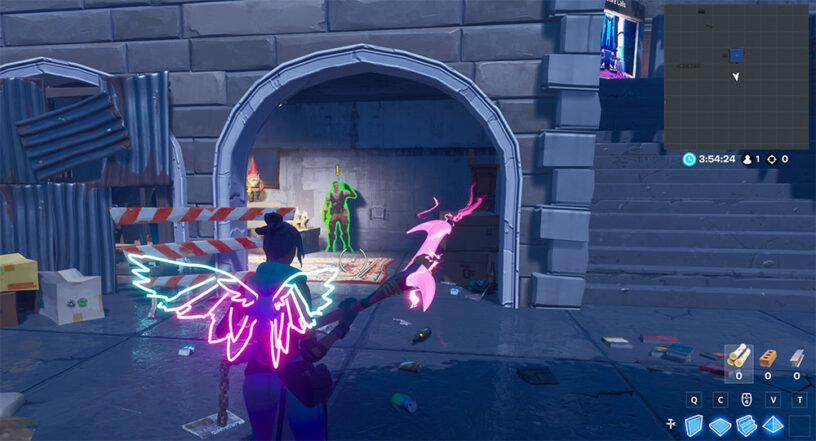 Jonesy hasn't eaten in a while, so he'll want you to go find him some food. He says to head to the Diner to obtain him a bit of grub. The Diner can be found to the left of the featured maps up the stairs from your golden portal where you can make creative maps. 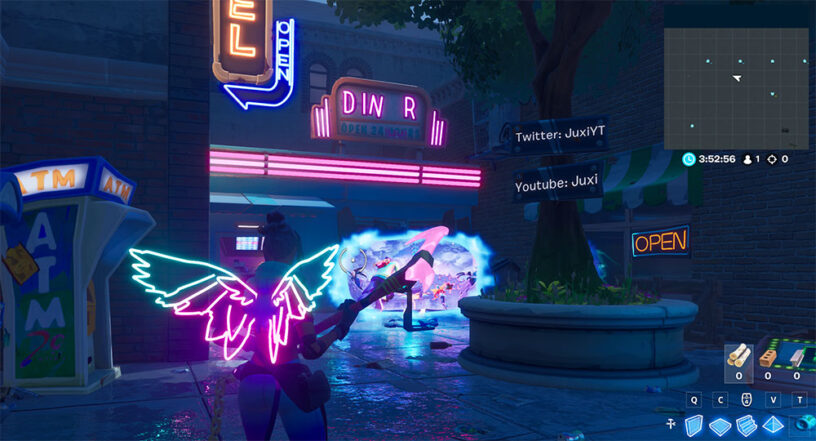 Go to the left and interact with the message prompts in the Diner. You'll ask for some food, they'll tell you it's three bucks, and you'll say you don't have money. That's when you'll have to go find yourself some cash. This was a bit bugged for me, but I was able to get it to work by entering into a creative map and then returning to hub!

Head over to the busted up NOMS and you will find a bank card lying on the ground. 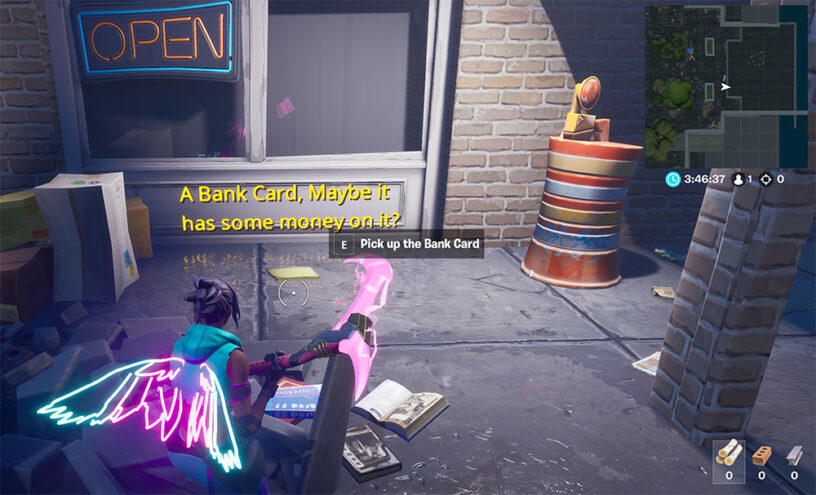 Pick that up and head over to the ATM that's next to the stairs that lead up to the disco and matchmaking area. 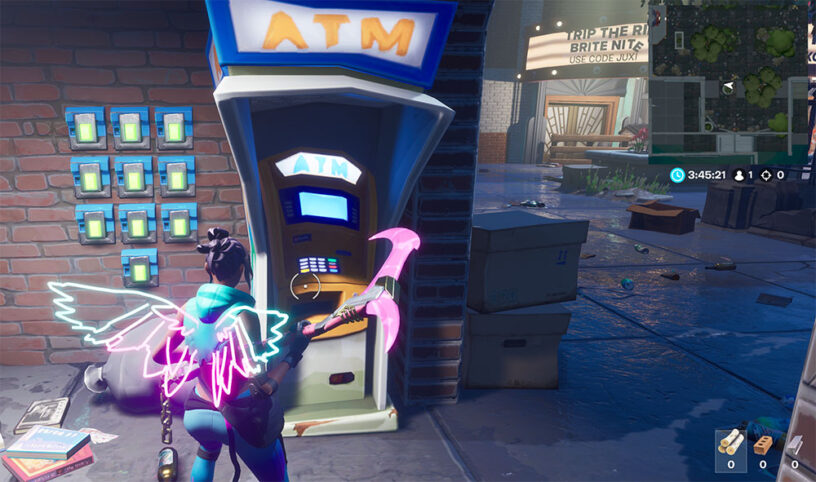 Insert your card and it will tell you to check out @JuxiYT on Twitter to find the code. If you head there, you'll find this video:

If you watch the video, you'll see that the pin code entered is 7-5-3-8. So, use the number pad to the left of the ATM to enter in that code. Once you enter it in, interact with the ATM, and then take the coins out of it. Head back over to the Diner and pay for the food where you talked to the person who runs the Diner. 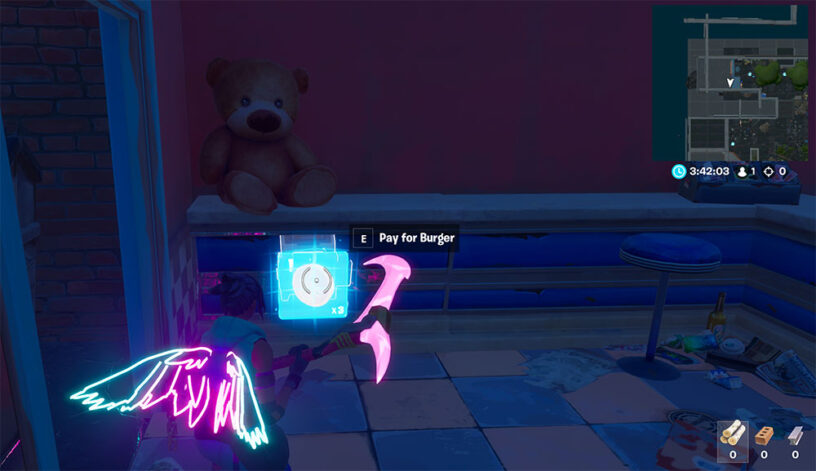 While it says you're purchasing a burger, you will be given a fish instead. Oh well, Jonesy will have to deal with it. Head back to Jonesy and deposit the fish in the interact area. 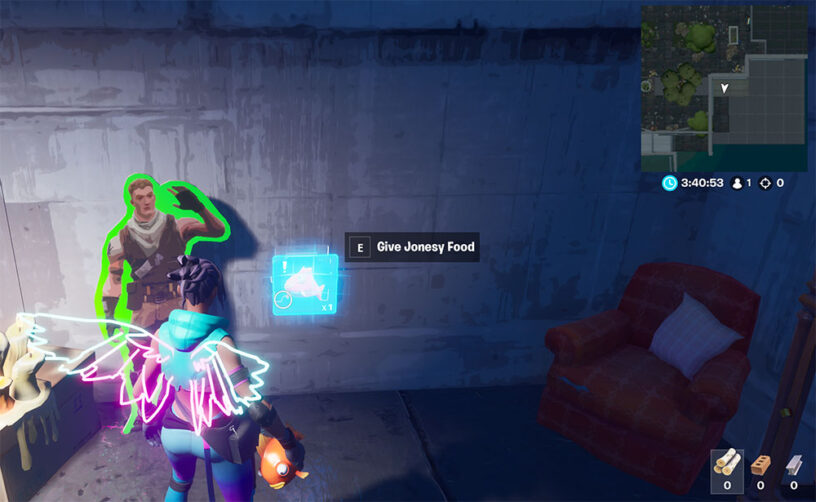 Once you've given the food to Jonesy then you have completed the whole challenge! If you got lost along the way, check out this video: