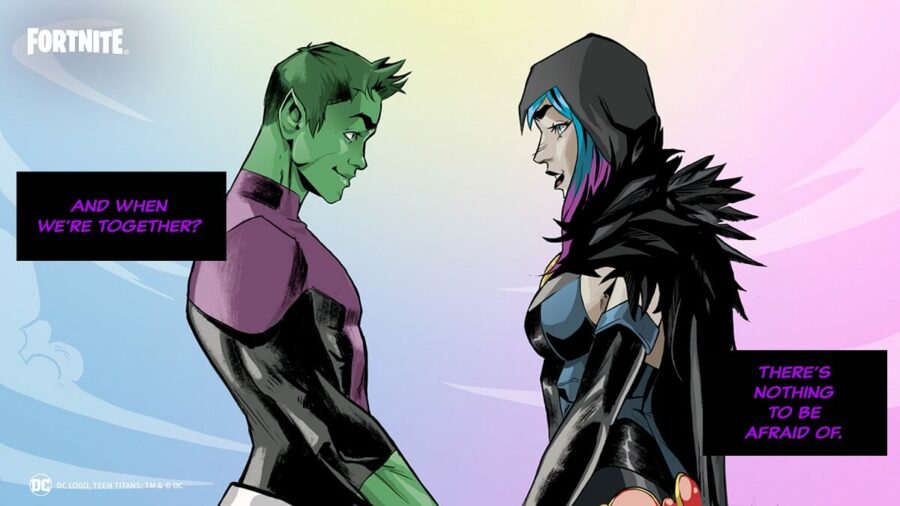 In Fortnite Chapter 2 Season 6, we've had an array of interesting and unique character skins. We've had some unique only for Fortnite, but we've also had a few from other media, such as Lara Croft from Tomb Raider and Raven from Teen Titan.

It seems Epic is going to continue along with the Teen Titans trends, as they have just tweeted a series of teases revolving around Teen Titans, specifically Beast Boy, otherwise known as Gar. This is practically confirmation that Gar will have a skin released before the end of this season, but maybe even when v16.40 launches.

What helps that matter is that leaker iFireMonkey has even tweed out that he thought it was images were fake, but he can confirm that it's real.

Also I thought it was fake at first but I can confirm it's real.

According to Eriberto on iFireMonkey Discord Server, they discovered an unreleased Blog Post: DCs Beast Boy Unites With Raven in Fortnite! Compete to Unlock His Outfit Early With The Teen Titans Cup. With this information in mind, Epic will no doubt soon release information on a new cup with Gar as a reward.

We are coming up to Week 9 challenges, so we have less than half of the current season remaining. What other surprises does Epic Games have in store for us?

What are the Rarest Skins in Fortnite? (September 2021)