Since Epic has seemingly stopped giving out full update details, so we've compiled our own Fortnite 13.20 Patch Notes! We're attempting to collect all of the changes, updates, and bug fixes from the most recent patch. This is the first major update to the game after the big transition into the new season, so there's a fair amount of bugs to fix in the patch.

The Fortnite Season 13.20 Patch has been officially announced, it will be released on Tuesday, June 30th at 2 AM ET (0600 UTC)! You can expect at least a couple of hours of downtime once the update starts.

These are the official patch notes that were sent out to content creators:

We’ve added some new flare to your arsenal.

Easier access to upgrading and sidegrading is on the way.

LTMs arrive this week for Season 3. We’re starting with some fan favorites.

A mighty arrival is coming to Item Shop this week. Stay tuned.

You can now once again take on some secret objectives that are added to the game periodically. Check out our Season 3 Secret Challenges Guide for more details.

You can now carry 6 total Firefly Jars instead of 3 in your inventory.

If you're a fan of fishing in Fortnite then you'll be happy to hear that spawn rates of active fishing spots got a buff (Source):

The Mythic Burst Rifle, Legendary Rapid Fire SMG, and Charge Shotguns all got some changes in the patch (Source):

The patch also added some brand new Punch Cards! It looks like there's going to be some blue and gold coins added in the following weeks. Check out our Punch Cards post for all of those, and we've got a post where you can find all the Coins from Season 3.

Some new achievements have been added in the patch. You can find all of them in our Season 3 Achievements List.

Sledge, Mezmer, Sunbird, Bushranger, and Heist all got some brand new styles in the patch! 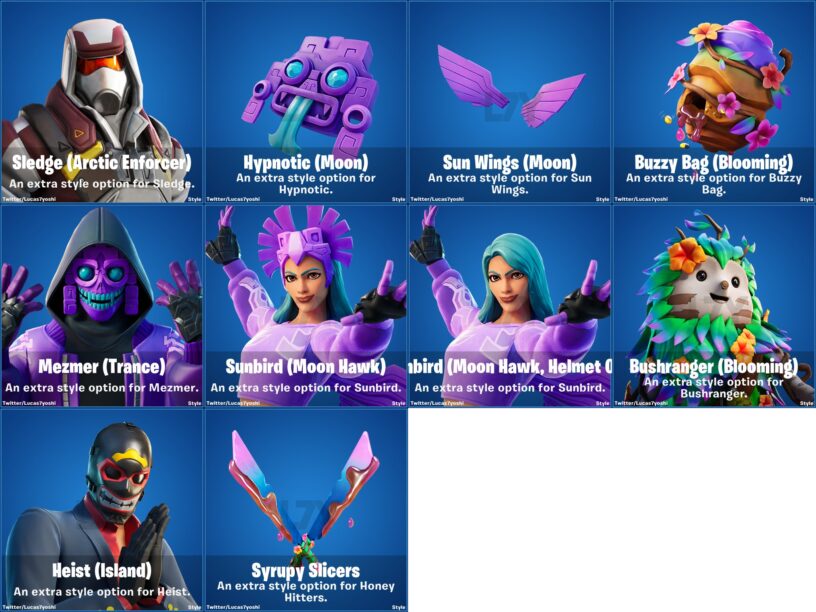 Well, if you don't like looking for somewhere to upgrade your weapons, it looks like we're getting a version we can toss on the ground to use anywhere!

One of the big things that's been lacking in Fortnite since the update to Chapter 2 has been the lack of LTMs. It looks like these are returning, with some fan favorites starting us off! I will hopefully have more details about this soon.

The Flare Gun has been confirmed to be entering the game! Here's a look at the leaked stats from it:

I'm guessing it will very likely start a fire if it hits anything that is wood or can ignite. If you've experienced the Firefly Jars that were added recently, then it'll probably be a longer range version of that. This is purely speculation, however, it's possible that it just does some AOE like damage.

There's a high likelihood that the level of the water will lower some in this patch, which should reveal some additional parts of the island to explore! This is rumored to happen in stages, so only parts of the map will be exposed. This is supposed to happen on July 1st, 2020.

At some point we'll get the chance to drive a bunch of new vehicles, including cars, trucks, and quite a few others! While we expect the water level to drop a bit, it's unlikely it will be enough to bring forth the vehicles in this patch. I would guess it is more likely to happen in the middle part of the season.