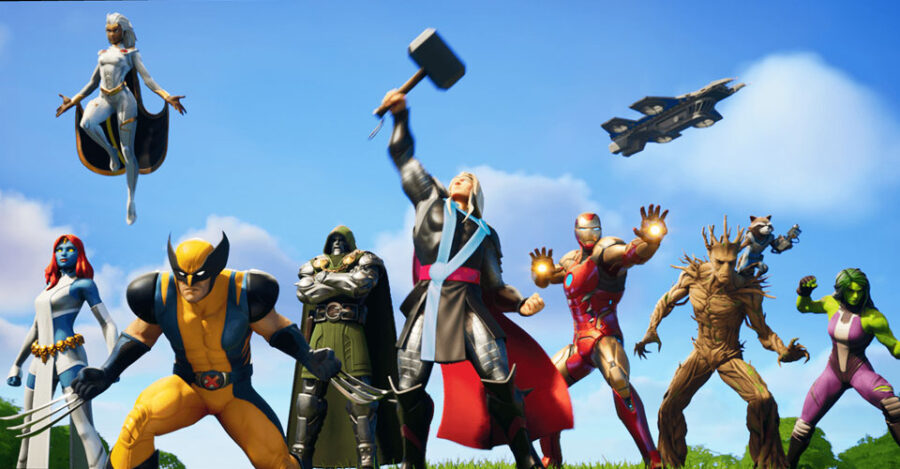 Our Fortnite Chapter 2: Season 4 Guide features a roundup of all of the available information you will want to know about the new season of the Battle Pass. We compile details on all of the challenges, landmarks, and every way you can gain XP so you can get to tier 100 and beyond.

Over the course of a season, Epic adds a whole lot of different stuff to the game. This guide will be updated frequently whenever a new event or set of challenges is unlocked, so be sure to bookmark this page and check back often for new updates.

You can find information on the newest Battle Pass in our Fortnite Chapter 2: Season 5 Guide!

There's going to be a whole lot of different challenges being thrown at us over the season, and here's where you will find guides for each batch of them!

The Coral Buddies are back on the island, so that means there's more challenges to be completed on the map. We'll be cataloging all of them in our Season 4 Secret Challenges Guide!

If you're wondering how something works in the new season then we'll be compiling a bunch of guides to answer all of your questions on those things!

If you're looking to get a check mark by all of the achievements, be sure to check out our Season 4 Achievements List.

XP Coins are back again this season, and we'll be posting maps with them all right here: Season 4 XP Coins Locations.

The punch cards are back again in this season and they mostly haven't changed too much. Thankfully, some of the top end requirements to complete them has been reduced, so you won't find them as difficult this go around. You can find them all right here: Season 4 Punch Cards.

We compile a list of unofficial update notes during every patch in a season. If you're curious what has been changed in a particular week, then you'll be able to find the details in the list below!

Here's a high quality look at all of the cosmetics you can earn: Fortnite Season 4 Skins & Cosmetics.

The challenges have been slightly reduced in experience and now will gain you 25,000 XP when you complete one. The group challenges are back, and will give you 50,000 XP for each one you complete. You can complete them by yourself, but it's far easier to just to join up with some people to get them done!