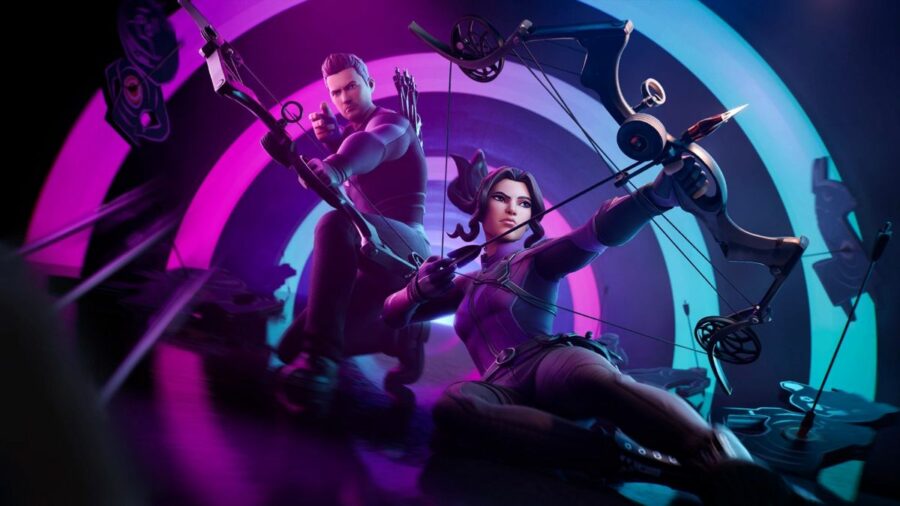 Today ended up being a very big day for fans of Epic Game's Fortnite. The latest 19.10 update for the game has been datamined by a group of leakers—the group goes by GalaxifyX, GMatrixGames, ralisdumb, and FNLeaksAndInfo, respectively, on Twitter. The leakers were able to get their hands on images and data from the game that reveals what cosmetics and other features will be coming.

The biggest thing leaked was the pair of Hawkeye skins based on the Marvel superheroes Clint Barton and Kate Bishop. Both heroes starred in the recently released Hawkeye Disney+ series, and the skins will release with new weapons like the characters' bow and arrows. The skins will also come with a new exclusive loading screen image.

Related: How to visit the Kaws New Fiction Art Exhibit in Fortnite?

Other than the Marvel cosmetics, a skin based on Vi from League of Legends will also be coming to Fortnite. The skin is based on the character's appearance in the Arcane streaming show, and she joins Fortnite with her sister Jinx, who was released as a skin back in November. There were also several new emotes separate from the skins that the dataminers found.

For more on Fortnite, keep reading on Pro Game Guides.