Searching the five Golden Pipe Wrench locations is one of the challenges you'll need to complete in the Fortnite Chapter 2 Season 2 Midas Mission. They are scattered around the edges of the map, so this will require you needing to cover quite a bit of ground to find them. You will get yourself 40,000 XP which should help you level up a bit more and get you closer to completing your Battle Pass!

Find more information about this mission in our Midas Challenges Guide.

The Golden Pipe Wrenches can be found at the following locations on the map: 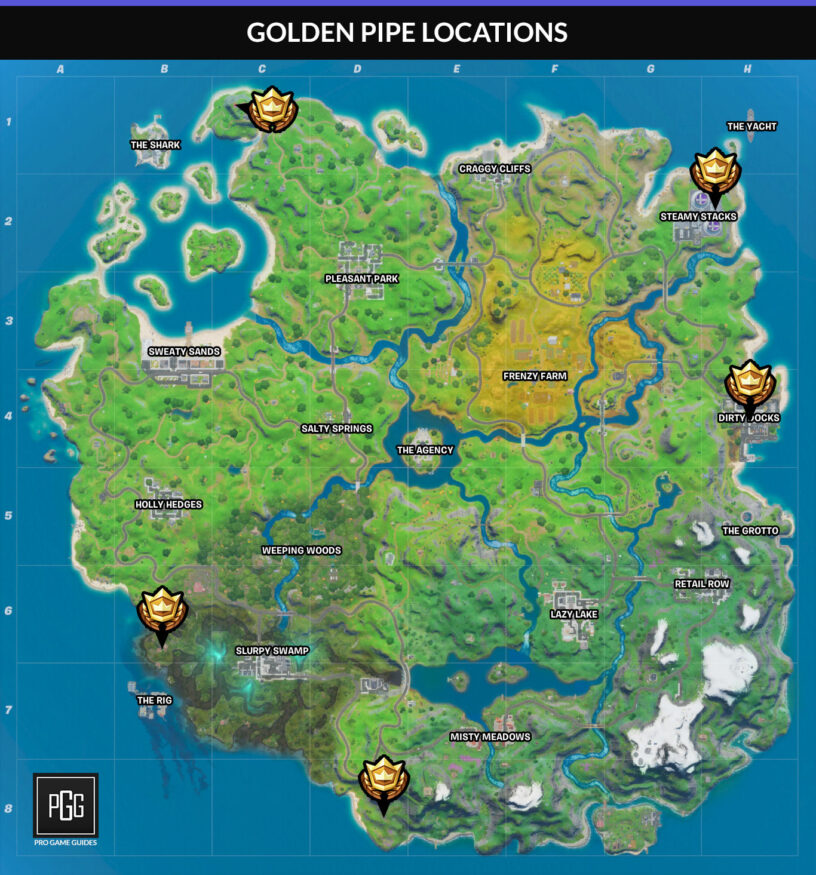 You'll need to head to Lockie's Lighthouse to locate this first wrench. It's near the very top of the lighthouse, and is right where the light is spinning around. Make sure to land up here, because running up the spiral staircase is quite a bit of a pain. The coordinates are C1 and it is directly east from The Shark. If you were in a normal mode game, you could travel over to The Shark and jump into the Choppa that is located there to get the rest. 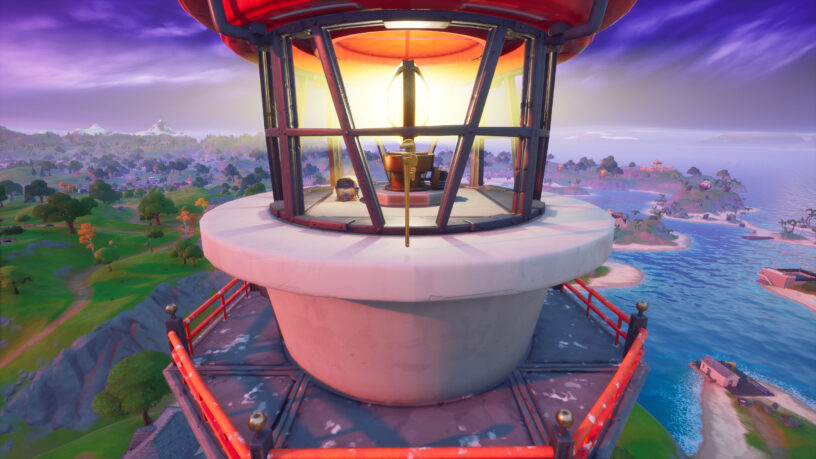 This wrench is right in front of building on the east side of Steamy Stacks at H2. It's directly north of the southern most stack in the area, and is above a large green pipe. It might be kind of hard to reach if you don't land on it out of your glider, so you could need some resources to get to it. 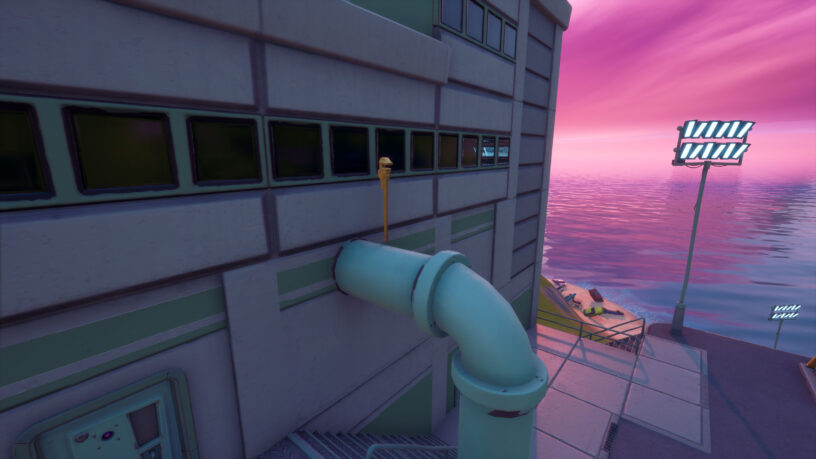 The third location can be found smack dab in the middle of Dirty Docks at the H4 coordinate on the map. It is down in a kind of hard to reach area on the west portion of Dirty Docks. There's a large tree not too far away, so keep an eye out for that. You'll need to go down into the green sludge and grab the wrench that's under the pipe. 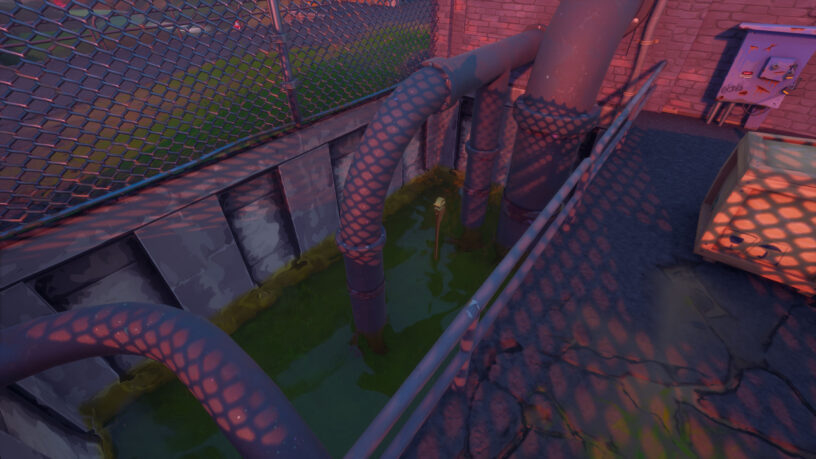 Another famous landmark that can be found on the map is the Pipeman! This pipe based statue has been walking away from its original location and is heading to the west. You can currently find it at D8 on the map, which is very far south and not really in range of any named locations. Pipeman is pretty large, so you'll be hard-pressed to miss it. The wrench is in one of its hands, so either land on that or build up to it. 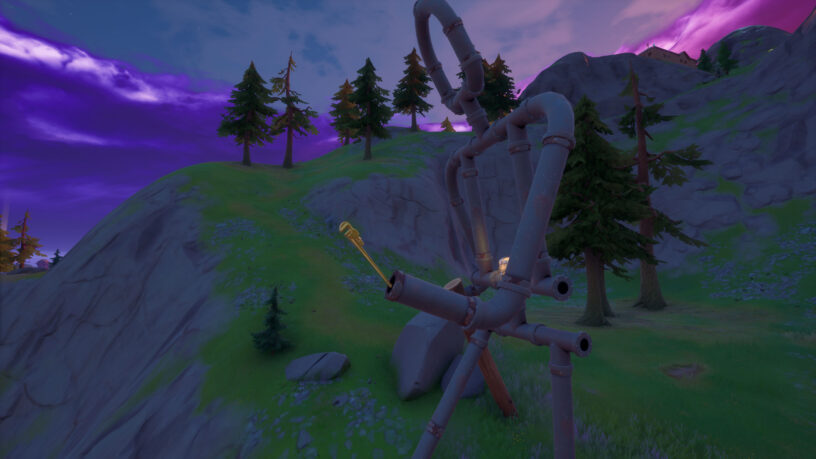 The final golden pipe wrench can be found at the Shanty Town Landmark that is located at B6 on the map. It's right in the middle of the area and is under the pipe statue that exists there that is apparently being worshiped. 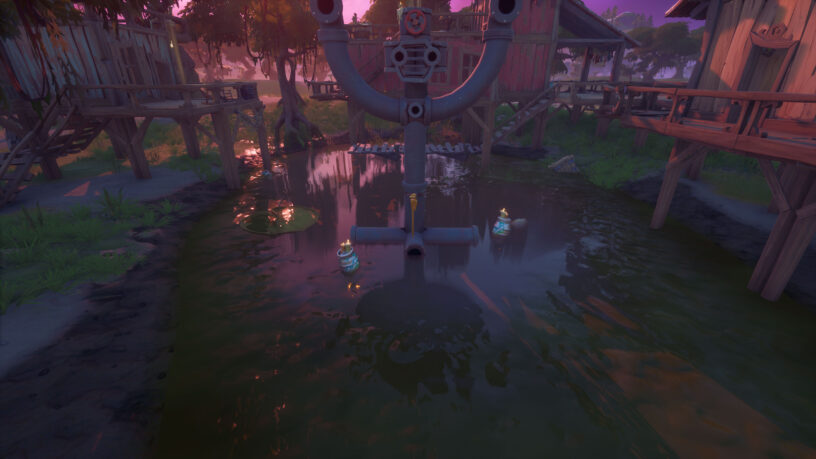