Our Drum Gun guide lists off the damage, stats, and where to find this new addition to the Fortnite arsenal!

It looks like Fortnite is continuing to push skins and parts of the game into that Mafia gangster era with the new detective skins, agency, and now the Drum Gun. This gun in real life is known as the Tommy Gun or more officially as the Thompson Rifle. The "drum" refers to the circular magazine that can be attached to it, which gives it a lot of fire power. 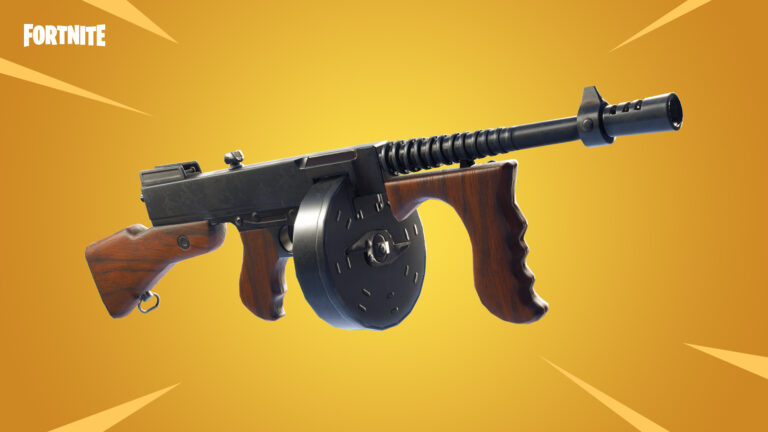 The Drum Gun comes in Uncommon and Rare options, and do 26/27 base damage. This means you will get 52/54 for headshots depending on the rarity. You get 50 round capacity, so you will be able to fire this for a while before having to reload. The gun takes Medium Ammo, so this will be something that competes for a spot with the standard Assault Rifle. I could see it more of as a weapon that can be used in conjunction with a shotgun.

You can find the Drum Gun from floor loots, chests, and Vending Machines.

A Leaked Fortnite “Dancefloor Soldier” skin should be part of Fortnitemares!