The Hunting Rifle is meant to bridge the gap between the Assault Rifle and the Sniper Rifle. It doesn't have a scope, so it isn't meant for the long distance of a sniper, but it also only holds one round in the chamber making it unreliable for closer range fights.

The ADS (aim down sites) is more zoomed in than the Assault Rifle so you can have an easier time hitting further away targets with it. However, you also have to deal with bullet drop the same way you do with the Sniper Rifle. This can make shots more difficult than they need to be, and risking exposing yourself to a long range target for a non-guaranteed kill is risky.

This is likely to be a pretty fringe gun as the Assault Rifle is usually going to be a better choice for most players, and the Hunting Rifle will quickly be replaced by a Sniper Rifle if you find one. However, this gun can be a good initial opener at an unaware opponent which can then follow into you switching to your AR. 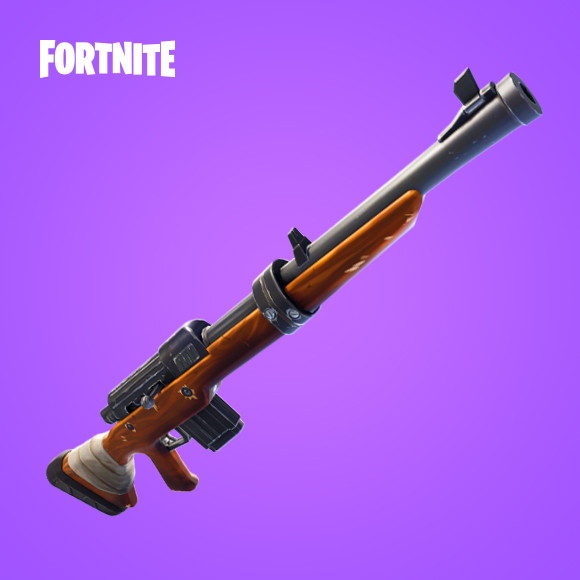 The Hunting Rifle uses heavy ammo which can be a bit harder to find, however, with the addition of the Hand Cannon this ammunition is a bit more readily available.

Hunting Rifle Colors/Rarities & Where to Find it

The Hunting Rifle is found in Treasure Chests and Floor Loot, and comes in both Uncommon (Green) and Rare (Blue) rarities.

Check out some sweet new gameplay with the new addition to Fortnite!