Our Quad Launcher guide will walk you through its stats, damage, where and how to find it, plus feature some tips to utilize to its fullest extent in Fortnite!

This should be an interesting addition to the game. The Rocket Launcher itself is pretty powerful in the right hands, so getting to launch multiple rockets rapidly could be pretty overpowered. This will be great for knocking down structures, but we'll see how the damage looks when we get stats. 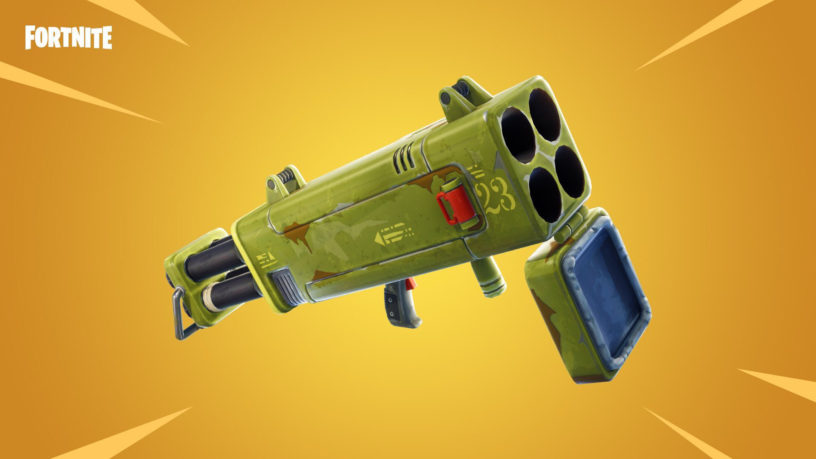 The Quad Launcher was released on October 10th, 2018. This had been datamined prior to the announcement, but it was unclear when it would be released.

This is likely to be quite a bit weaker than the standard Rocket Launcher. You see around 110 - 120 with that depending on rarity, the Quad Launcher does 80/84 (Epic/Legendary). It's stronger than the Guided Missile. The rarity seems to be Epic and Legendary.

It is listed with a 300 unit explosion radius, I'm not quite sure what that means, but I believe it's probably smaller than the Rocket or Grenade Launcher.

It can to be found in chests, supply drops, and vending machines. You won't be able to find this on the floor, so this is going to be fairly rare.

How to Change Fortnite Region