It looks like Season 5 is going to have a bunch of hidden battle stars just like the previous season. If you complete the first seven weeks of the battle pass you will earn yourself a legendary MYSTERY SKIN.

Season 5 is OVER! Check out our Fortnite Season 6 Hidden Battle Stars Locations Guide!

Check out our big post with guides to every challenge week of Season 5: Fortnite Season 5 Guide!

Here's a look at the skin you will get once you complete all of the Road Trip challenges! Here's the first loading screen you will earn once you complete all of week 1's challenges. It depicts the new Drift skin that was pulled through the portal meeting some of the familiar Fortnite skins. If you are looking for the clue, you can find it on the map that Rex is holding onto. The hidden battle star is depicted at the mining area that is west of the new Lazy Links location (formerly Anarchy Acres). 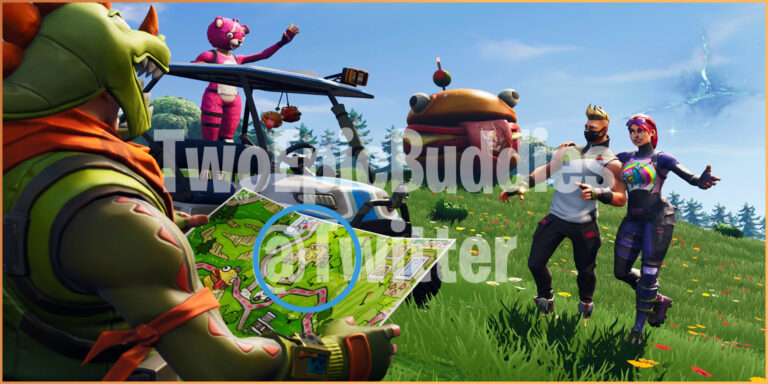 You can find the location below in the map! Be sure to complete all of your challenges in week 1 before heading to the spot to grab it. 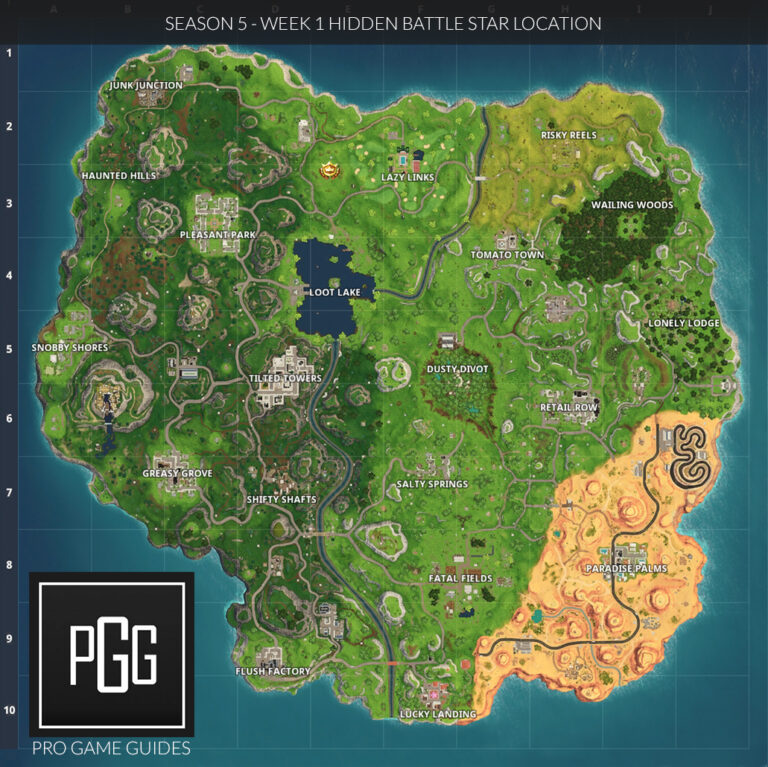 The second hidden battle star loading screen has the new guy playing some golf with his new buddies. You can catch the small hint of the star above the main club house at Lazy Links. 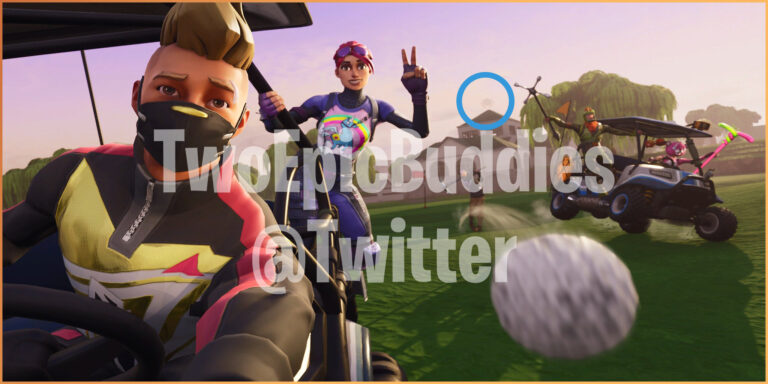 Here's a map with the exact location: 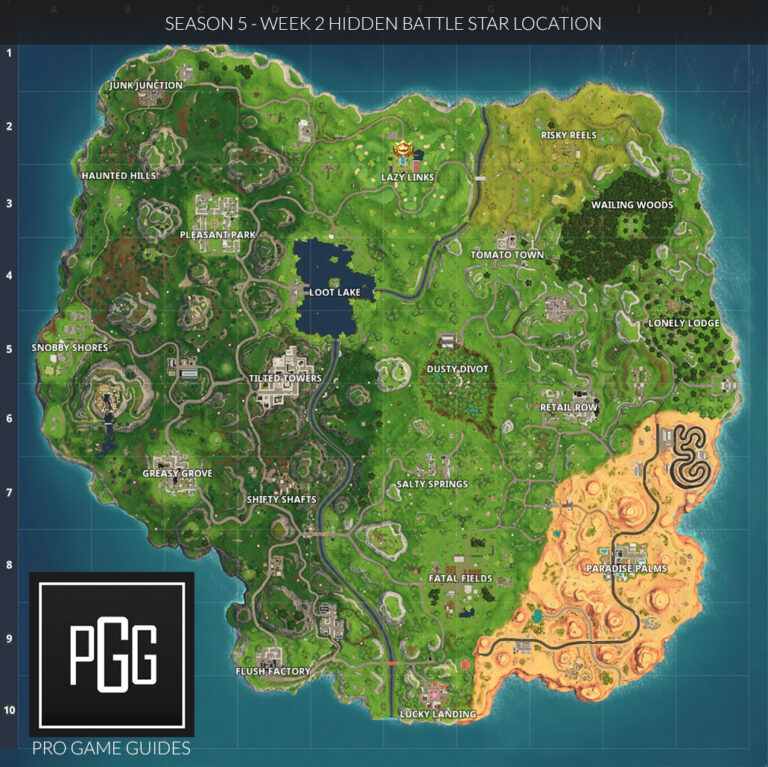 The week 3 loading screen has the hint to the star right on the license plate of the ATK. J2 is a map coordinate, and SW is very likely for south west. 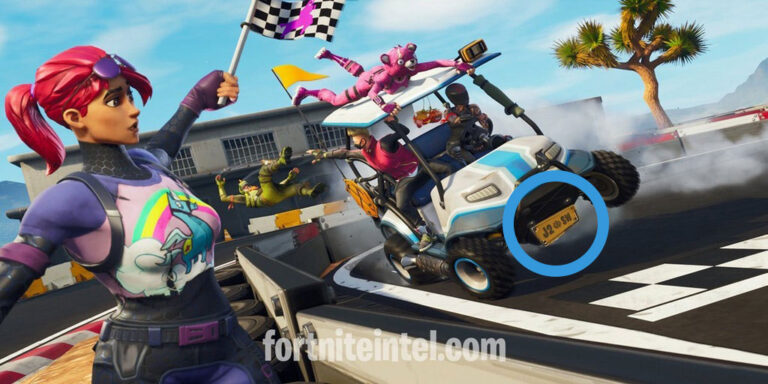 This leads us to the battle star at the following location. We'll update this a bit for a more exact look, but for now it should be in the area marked on the map below. 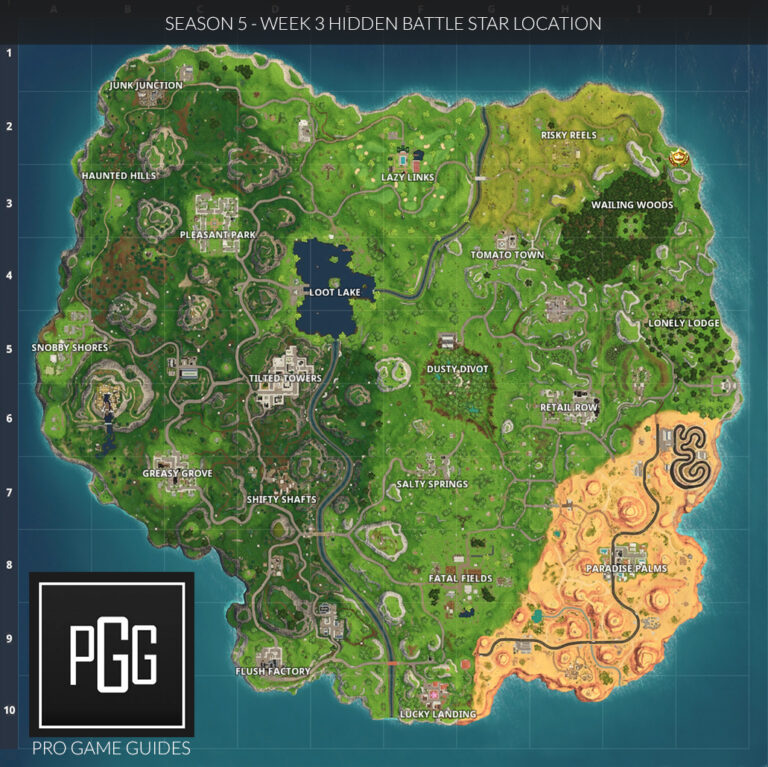 Week 4's location is displayed as a spray on the wall area behind the pool. It depicts a camel drinking a soda, which is a new statue that was added in the desert biome area. 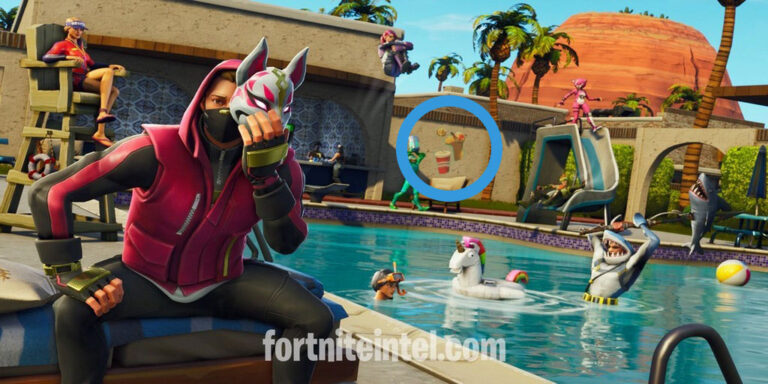 This camel is at the very edge of the desert biome in the south west portion of it. You can also head south east of Fatal Fields to reach it, or run north west from Lucky Landing! 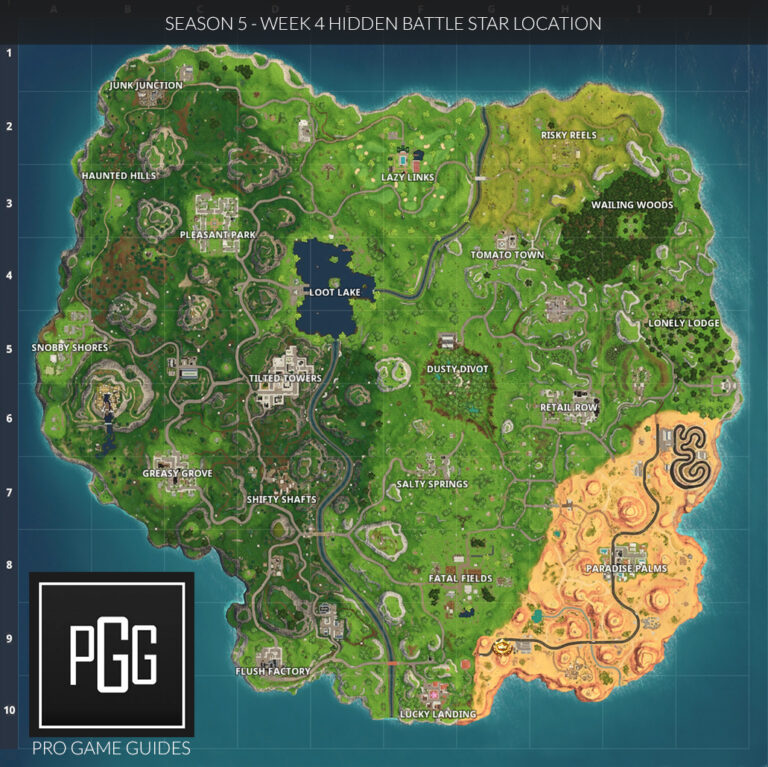 Week 5 has got some more desert biome action, you can find the hidden battle star in the little information plaque! 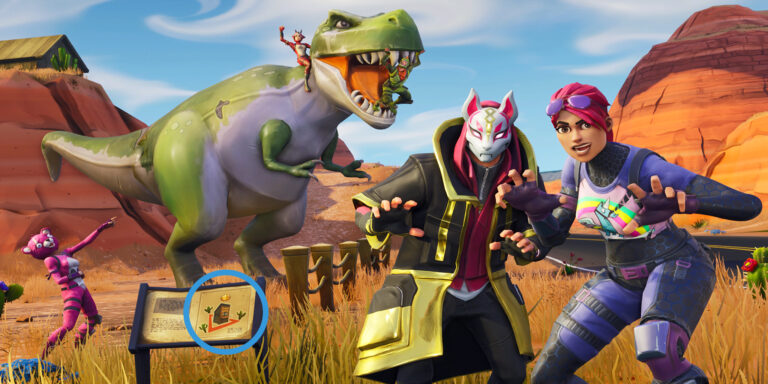 You can find this location to the west of the racetrack in the desert biome! Here's a map to the exact location: 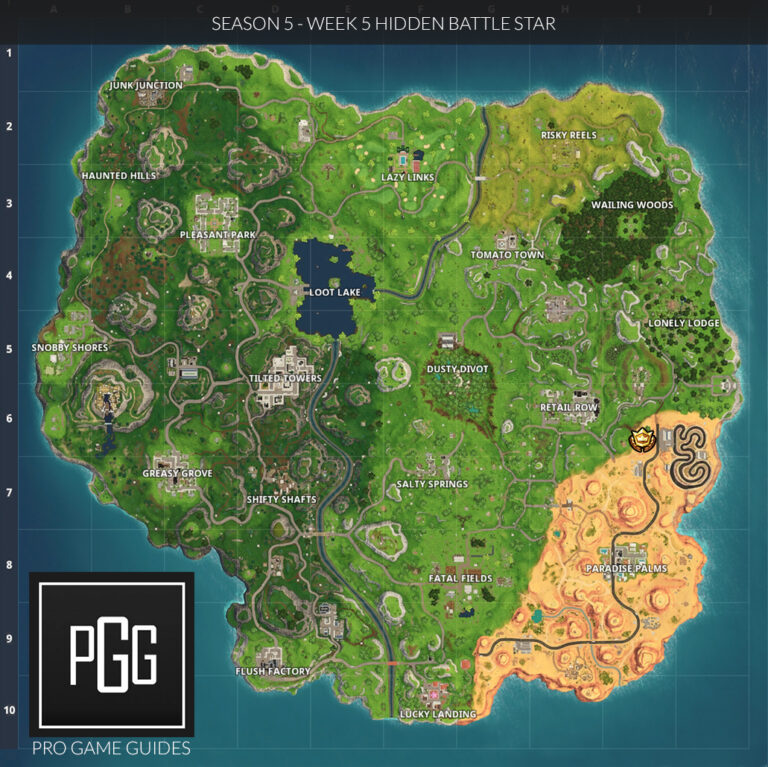 And if that isn't enough, here's an exact look at the location: 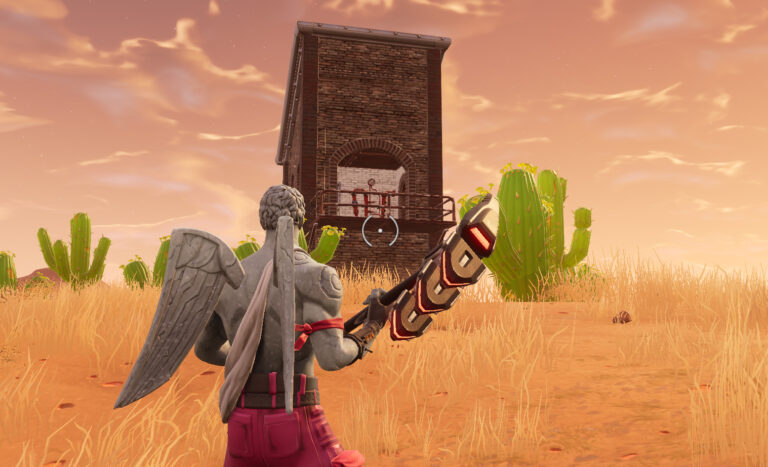 We're heading back to Risky Reels to get this battle star for week 6. 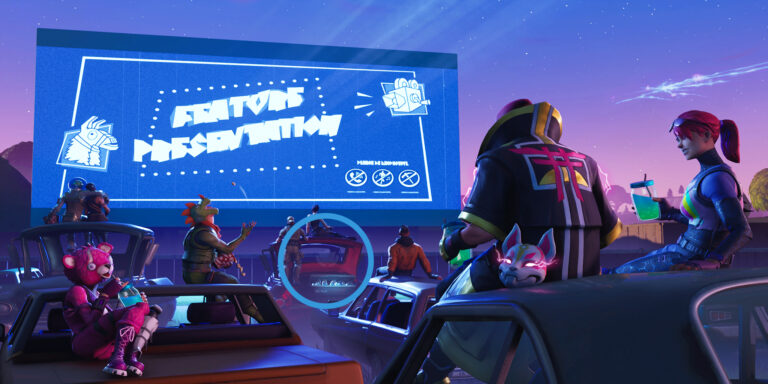 You can find the treasure right above the cooler in the red truck, here's a map to the location: 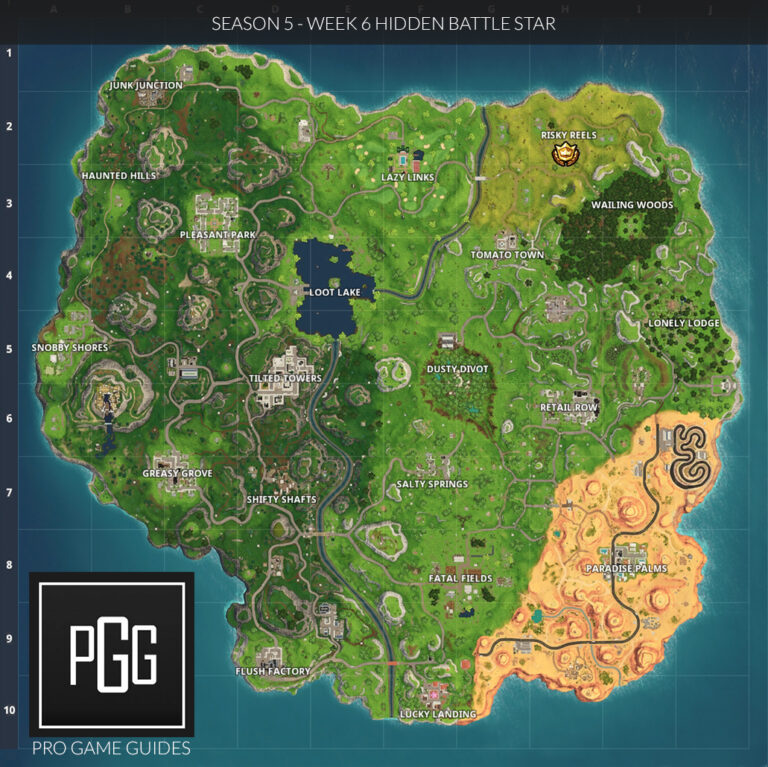 It looks like Motel might be one of the next spots to be changed now that Tomato Town is now Tomato Temple. 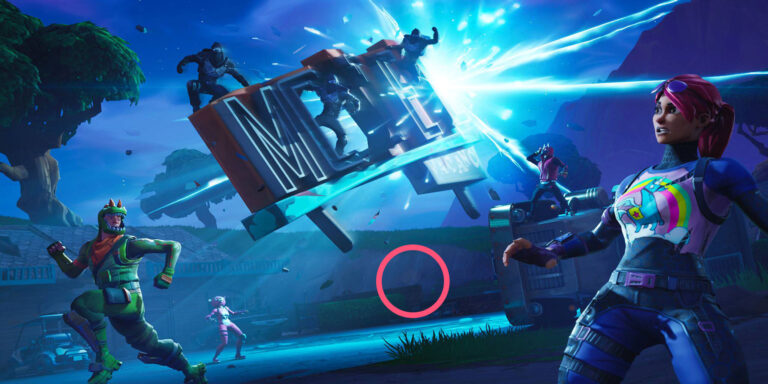 This battle star is at the unnamed Motel area that is west of the new Lazy Links location. 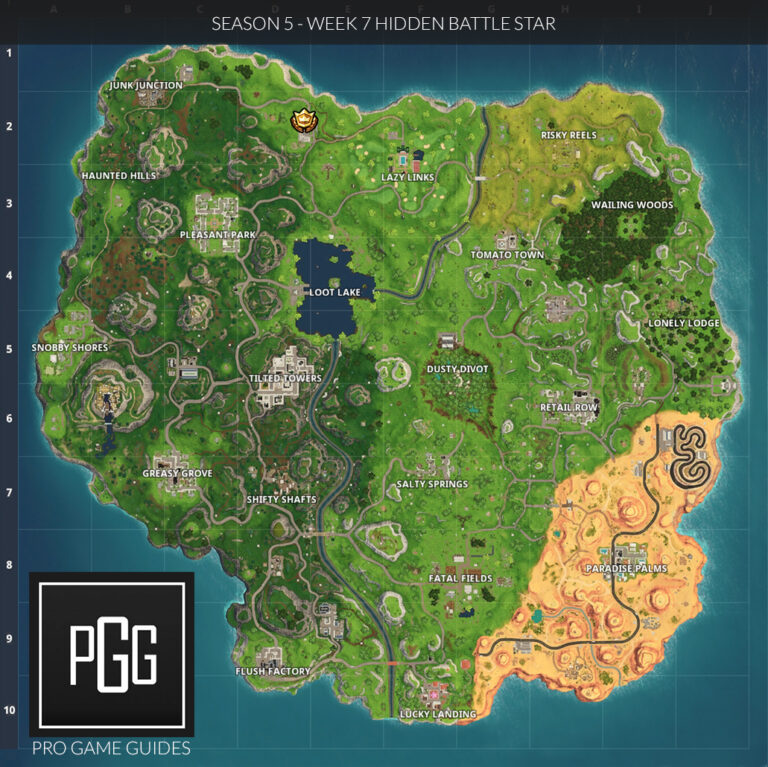 Where to Exterminate Mini-Pufts with a Pickaxe in Sludgy Swamp, Lazy Lake, or Retail Row in Fortnite