Epic has added another new item to Fortnite Battle Royale! This time, it's in the form of an area clearing damaging Stink Bomb! We've got all the information you need on this new grenade in terms of damage, duration, where-to find, and how-to use it!

The Stink Bomb was added in the 4.4 content update. It adds an interesting dynamic to the game, it's a great way to force people out of areas that you are having a tough time to breach. You can also use it to prevent players from heading in a direction you don't want them to go.

Update: The maximum stack size of the Stink Bomb was increased from 5 to 6 in the 5.4 Fortnite Patch. 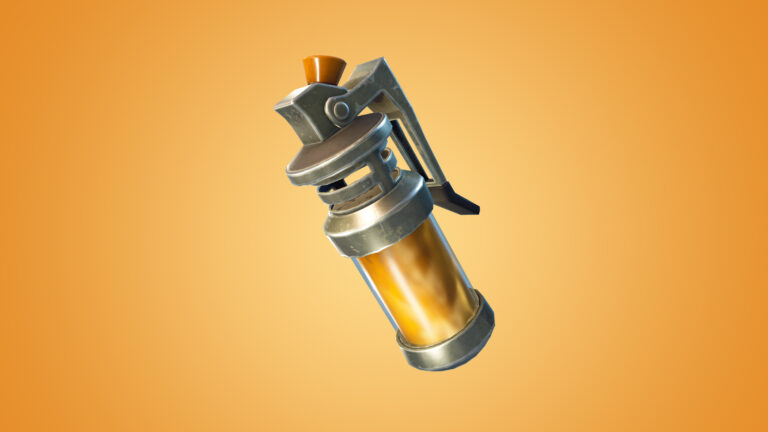 You can find the Stink Bomb from floor loot, chests, and Vending Machines. It's Epic rarity, so it's going to be a relatively rare find. When you find one of these it comes in a stack of 3 with a maximum stack of 6.

The stink cloud lasts for a 9-second duration and does 5 damage for every half-second that YOU or an enemy is within the cloud. You read that correctly, it will deal damage to yourself. Make sure you are careful where you throw these!

These only damage HEALTH and not shields. It's basically like standing in the storm, so if you reach 0-health you are dead, no matter what your shield level is at the time.