Another new addition in Fortnite Chapter 2: Season 2 are keycards! These are drops that will allow you to infiltrate vaults that can get you some pretty sweet loot. You will need to go on a bit of a dangerous mission to obtain them, but once you do you will find yourself swimming in weapons and shields!

How to Find Keycards

Keycards can be obtained by defeating a "boss" in each of the new areas that have been added to the map. These are The Shark, The Yacht, The Grotto, The Agency, and The Rig. You will have to contend with Henchmen, Turrets, and other players to have a chance at getting one. Keep in mind that these bosses and henchmen only spawn in regular modes of the game, and you won't find them in Team Rumble.

Before you enter the area, you might want to go to one of the new Phone Booths and get yourself a disguise. The reason to do this is because none of the Henchmen or the boss will attack you while you have hidden your identity. Go to one of the mentioned areas, and look for an NPC that looks out of place. You will recognize them, because each boss is one of the skins you can obtain by completing your Battle Pass! Here's where each boss is located:

If you can't find them (they can be in multiple different places), or want some additional help on where to look then you have another option. Find a Henchman and knock them down. Run over to the body and use Shakedown on them. You will briefly see some icons appears on your screen. One will be a red crown, this signifies the location of the boss! Head on over to the crown and take them out! While the NPC is relatively easy, keep in mind that they can pack a bit of a punch so be careful when fighting them.

Once you've knocked them down, finish the job and they will drop a keycard! They will also drop one of the following weapons/items that corresponds with the boss: 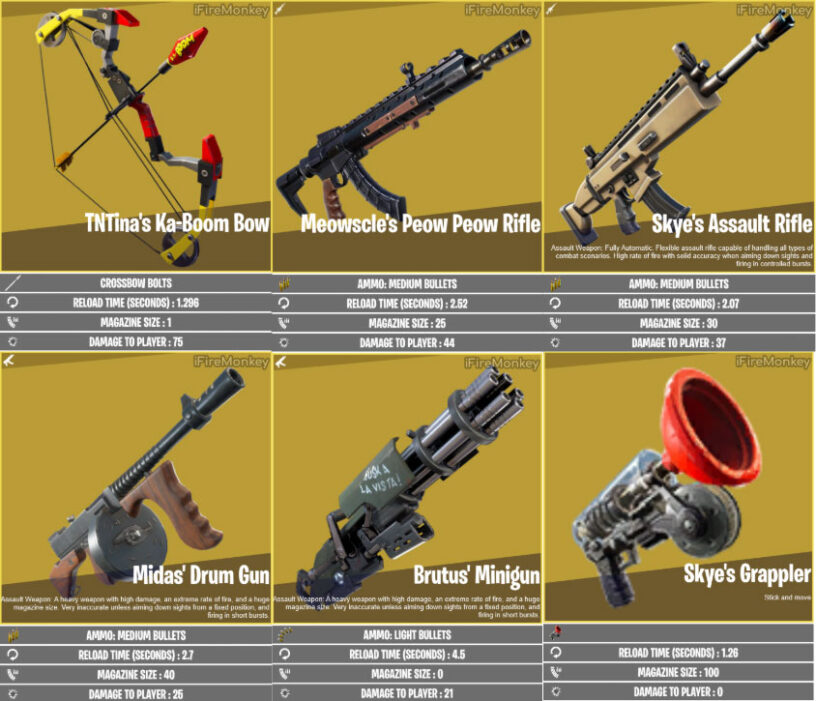 These are all pretty strong, so consider picking one up if you've got room for it! Now that you have the keycard, what do you do with it? Well, it is used to unlock the nearby vault. If you select the keycard in your inventory, it will display an arrow in the direction of the vault. This is reminiscent of the Treasure Maps from a few seasons or so ago. Find the vault and use the keycard at the nearby terminal to open it!

If you're struggling to get a keycard, either try heading to a location that is way off the bus path or wait a bit before entering the area. Go grab some loot and get geared up and let the other players fight it out. You can hopefully then swoop in and takeout some weakened players or at least have the weapons required to deal with the NPCs.

For information on all current and future challenges, check out our Fortnite Chapter 2: Season 2 Challenges Guide!