Our Fortnite Gas Station Locations Guide features all the spots you'll need to hit to complete the Spray Different Gas Stations challenge! This is part of Season X's Missions, and completing this will get you closer to more cosmetics in your battle pass.

Learn more about the Spray & Pray Mission with our guide here.

You just need to use a spray at three different locations, but there's eight total gas stations that we located. The best path will be heading to Pleasant Park and then moving south down the road to the station directly west from Loot Lake. From that location, you could continue south to the indoor soccer field stadium which has another station. If you're looking for a less populated route, I'd probably go to the one north of Lucky Landing, then head east to the unnamed location station. By this time, Paradise Palms should be vacated, so hit that one to complete the three. 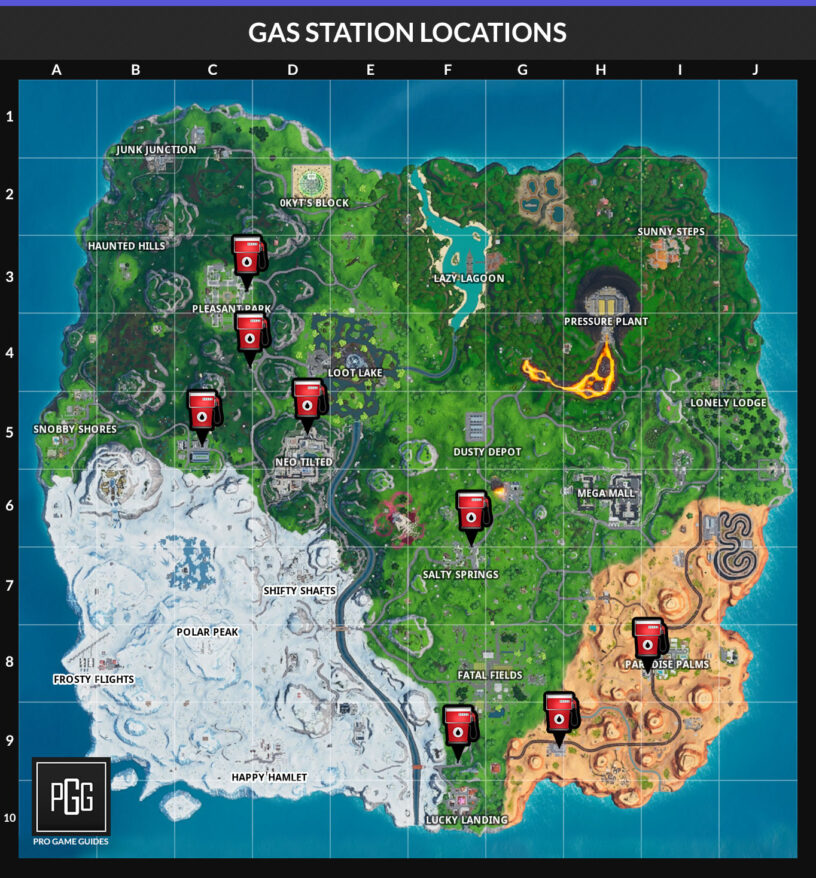 You don't need to do all three in one round, it would just be faster if you did! Keep in mind that they do have to be different stations, so if you spray one in a round, you'll have to do two different locations even if it's a new game.