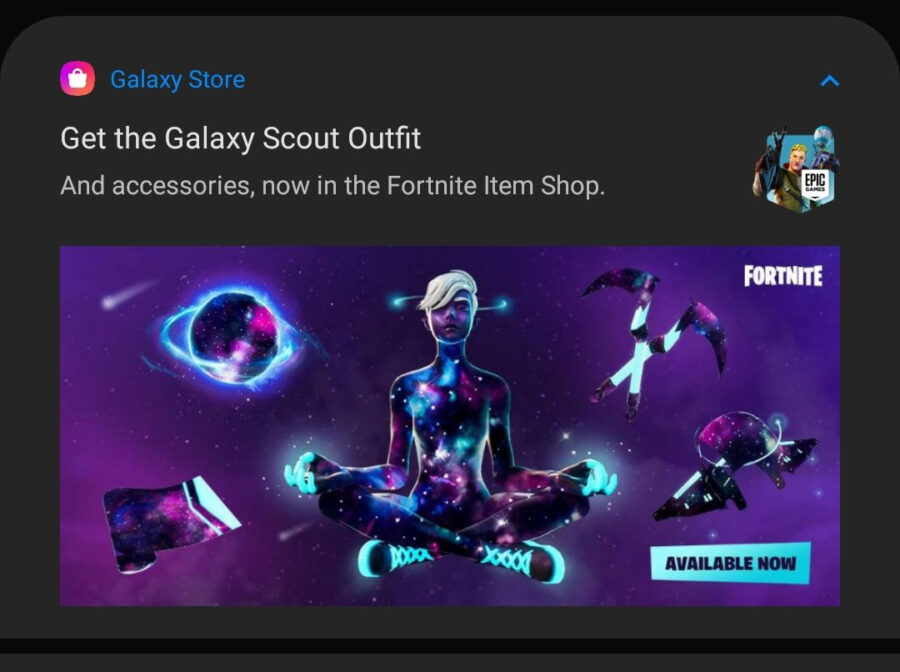 If you weren't able to participate in the Android only tournament that gave you a shot at winning the Galaxy Scout skin, then you will have your chance to purchase it in the July 31st/August 1st shop! This information was leaked a bit early by the Samsung Galaxy Store, which was shared by iFireMonkey on Twitter:

A follower of mine @daryann___ DMd me showing that the Samsung Galaxy Store has sent out a message about the cosmetics being in the item shop tonight a bit earlier than intended. 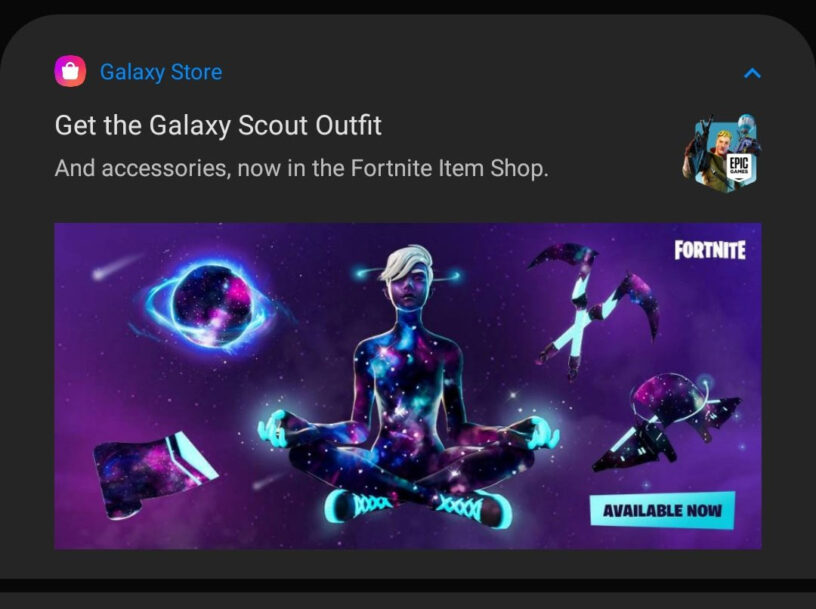 You will get a chance to purchase the Galaxy Scout Outfit, Stardust Strikers, Celestia Glider, and Star Scout Wrap. A few of these cosmetics will be grouped together in a Galaxy Pack Bundle that will hopefully be at a reduced cost so you can get the majority of the set for a deal.

Where to Find Bottles of Stone Grey at Mount F8 in Fortnite | Where is Mount F8?