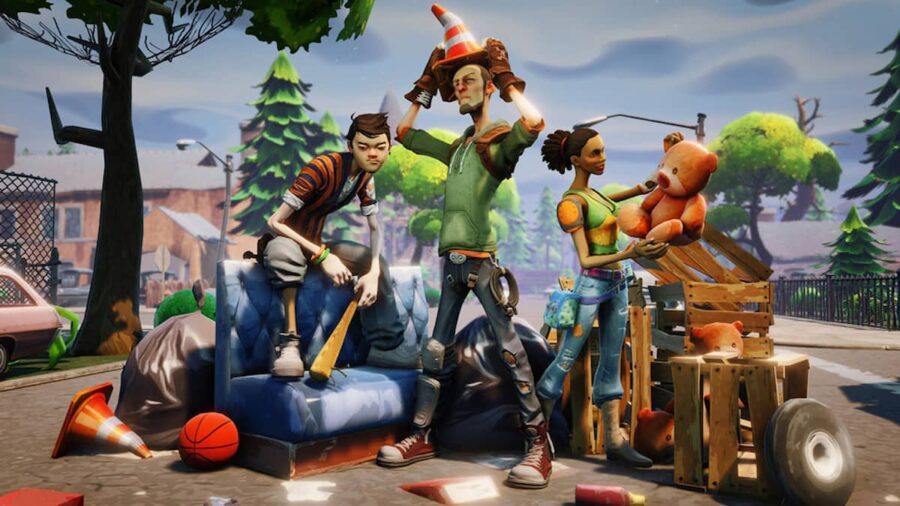 Split screen is a feature in Fortnite that allows you to play co-op with a friend sitting right beside you. This is currently only available on Xbox and PlayStation consoles. Now you can hang out with a friend playing game on the same screen, which is loads of fun! But first, you need to know hot split screen in Fortnite on Playstation and Xbox. Keep in mind that this option can be used in Duos and Squads modes.

How to play Split Screen in Fortnite

To play Fortnite in split screen mode, first you'll need a second controller, so make sure your friend brings one if you don't have it. You will also need to have an additional profile on your system for them to choose from so they will appear as a different player in the game. If your friend wants to access their controller settings they will need to login to their account of set them manually.

Related: How to gain shields while emoting in Fortnite

How to Split Screen Fortnite on Xbox One

Here's how you split screen on Xbox in Fortnite:

How to Split Screen Fortnite on Playstation

Here's how you split screen on PlayStation 4 and Playstation 5 in Fortnite:

Can player 2 use its skins while playing Split Screen in Fortnite?

When you are logged in as the second player, you can takeover the screen and access your skins and everything else that is on that second account. To do this, press and hold the A-Button (Xbox) or the X-Button (PlayStation) and the second player will then be in control. You can swap it back by pressing and holding that button on the first player's controller!

Why does Split Screen not work for me in Fortnite?

There are several situations where split screen won't work in Fortnite:

Want more information on Fortnite? Take a look at guides like Fortnite Leaked Skins & Cosmetics List (Chapter 3 Season 3) and How to get the Wolverine Zero Skin in Fortnite from Pro Game Guides!

Fortnite How to Split Screen