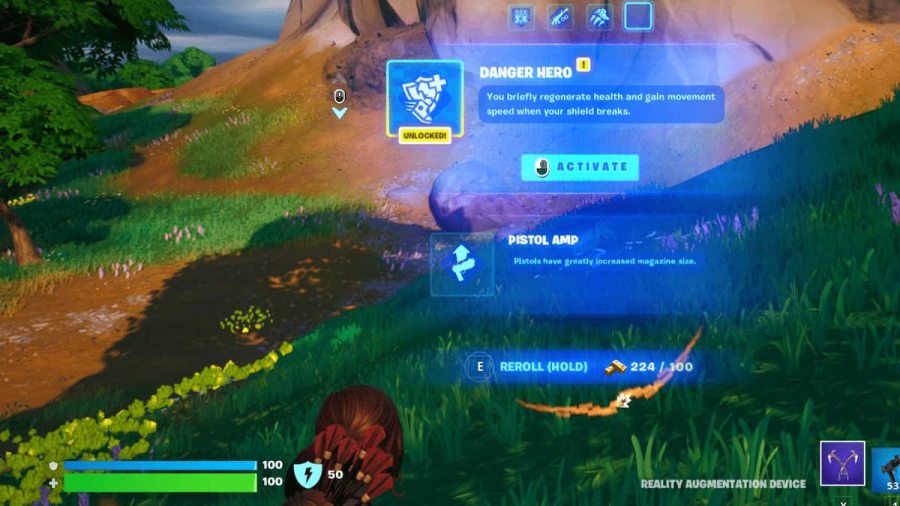 What does Danger Hero Augment do in Fortnite

Danger Hero is one of the new Reality Augments in Fortnite Season 4 Chapter 1. It falls under the Combat category. In Fortnite, you are bound to get attacked and lose health and shields. This means if you don't have any consumables like Slap Juice or Shield Potions to replenish health, Danger Hero can come in handy. Danger Hero is a unique perk that replenishes your health and gives a slight movement speed boost when your shield is broken.

Once activated, this is a momentary aid that helps you survive longer until you find a safer ground or consumables to replenish health and shields. It also boosts movement speed, similar to Bangalore's Tactical ability from Apex Legends. Since Reality Augments appear at random while progressing and surviving in the game, be sure to select Danger Hero once it appears. These Reality Augments will last until you are eliminated from the match.

Best Augments to use with Danger Hero in Fortnite

You can combine different Reality Augments with Danger Hero to get an edge over your opponents and to survive longer in the game. Here are some of the best Augments you can combine and use in Fortnite Chapter 4 Season 1.

How to use Danger Hero Reality Augment in Fortnite