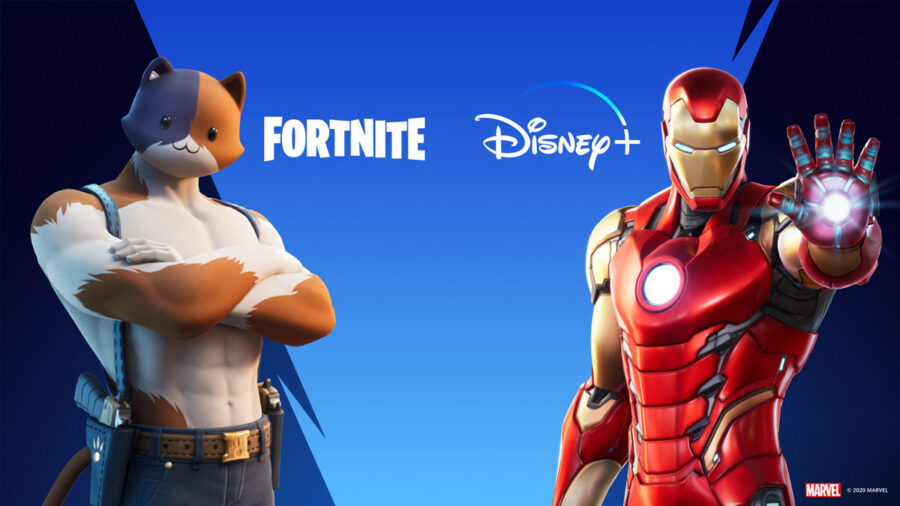 Epic and Disney are working together further to promote each others options, but this time it involves the Disney+ streaming service! It looks like this relationship is going to continue on into the future, because we've seen many crossovers with Disney products over the years. Star Wars has jumped into the game, and Marvel has not only gotten skins into the game, but also has infiltrated the storyline. Based on how things sound, it looks like this will continue into the immediate future.

This new deal starts on November 10th at 7pm ET and extends until December 31st, 2020. If you use V-Bucks or make a real money purchase in Fortnite, you will get yourself Disney+ for 2 months free! That's a pretty nice deal if you haven't tried it out yet, or have been considering jump in on it. Disney+ features a ton of Marvel movies, and most of Disney's large catalogue of movies and television shows that have come out over the years. It also includes Star Wars, which has made waves due to the Mandalorian television show that is quite popular and has recently dropped a second season.

Once you've made your purchase, you can head over to fortnite.com/disneyplus to activate your subscription. Unfortunately, it sounds like this is one of those free trials that requires you to enter a credit card. While it won't be charged immediately, if you forget to cancel the subscription, it will automatically be charged and your subscription will be renewed. So, if you decide you don't want to pay for the service, make sure to cancel it before the subscription runs out!

If you want to learn more about this offer, check out Epic's official post about it.