We're just coming off the news that The Joker is receiving his very own bundle, and we have now gotten some possible information that Wolverine might be joining Fortnite at some point! While The Last Laugh Pack is confirmed to be coming to the game, these details are a lot more fuzzy, because while they come from a reputable leak source for Fortnite related information (HYPEX), they aren't backed with a full promo image. Here's the information we have to go off for now:

POSSIBLE Leak: Epic were planning to make a Wolverine skin & Wolverine Claws pickaxe, he might be the season 4 secret skin or just an itemshop skin! (this is from a very trusted source)

While the "Source: Dude Trust Me" memes are strong with this one, HYPEX has been very reliable in the past. Plus, Wolverine absolutely makes sense to bring to Fortnite, especially now that Epic has made it so you can basically punch things to harvest resources! Captain America got his shield to use as a Back Bling and a Pickaxe, Hulk has his fists available in the game as a harvesting tool, so why couldn't Wolverine use his claws to hack through cars, trees, and boulders to collect resources that can build huge monuments. Wolverine wielding a gun is a bit weird, but who cares because he's awesome!

While Aquaman and Harley Quinn are movie versions of their characters, I would not expect that to be the case with Wolverine. For the most part, we generally get comic book versions, so don't expect to look like Hugh Jackman from Logan... even though that would be the best one! Here's what the skin will likely look like: 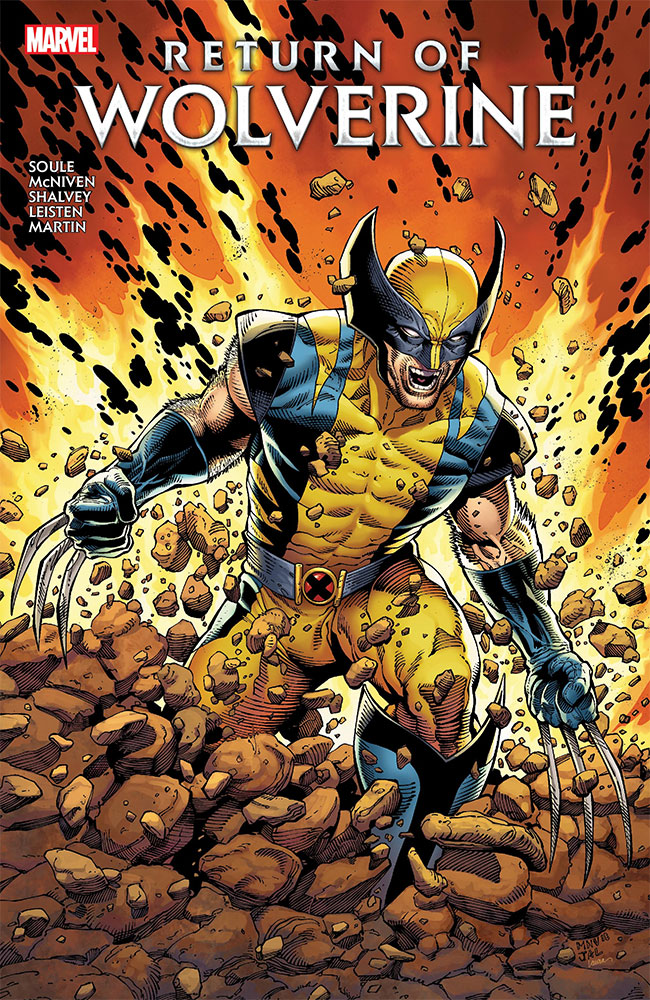 The classic yellow and blue tights with flared out wings on the headpiece are a signature of the comic book based Wolverine! I hope we'll get some styles as well, because he has a whole lot of costumes to show off! This isn't the end of all the comic book hero leaks, there's been rumors of Thor joining the game as the mystery skin for Season 4!