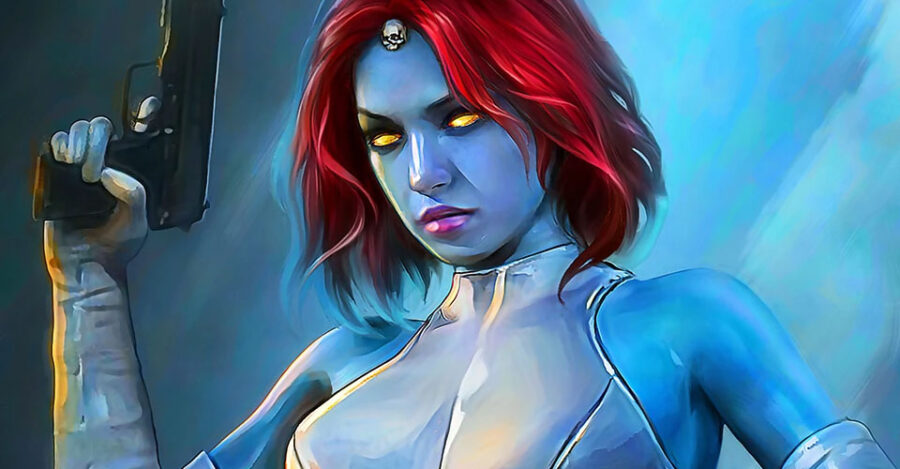 Well, this is certainly a surprise, at least to me! When I saw a blue skinned woman in the recent Fortnite Comic Book, I figured it was some hero that I was familiar with, but it actually appears to be Mystique. No leaks had pointed to her existence in the new Battle Pass, but it appears that she will be making an appearance as a collectible skin.

While she had mostly played villain in the old X-Men films, she turned over a new leaf more recently and has been a hero in some of the rebooted films. She is now looking to make a splash in Fortnite as her comic book self with her white costume adorned with skulls... Mystique is a shape-shifter, which makes her an incredible asset for collecting information. It also makes her a very interesting candidate for additional styles in Fortnite, because you can do a whole lot with a character that can change into anyone. We will have to wait and see exactly what Epic has in store for her as we get closer to the release of the new season!