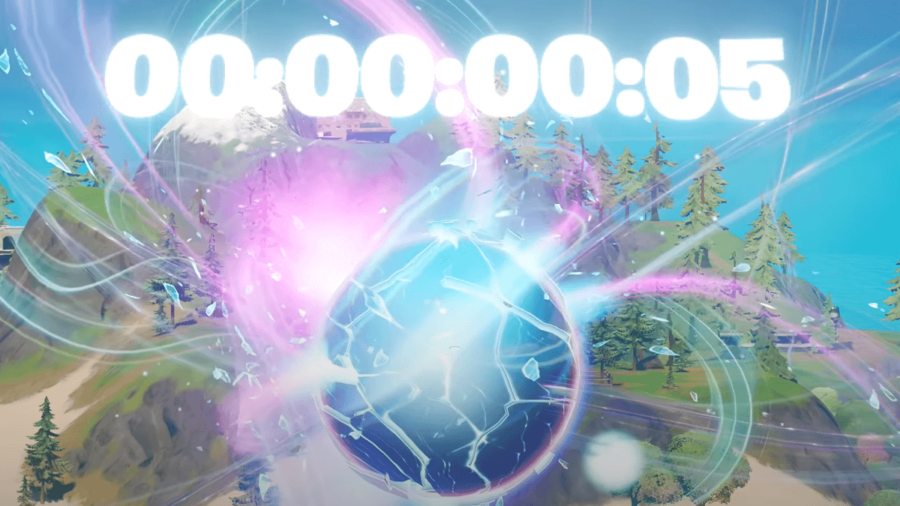 Fortnite has officially released the end date of Chapter 2 Season 5, and revealed exciting information about Season 6. We're looking forward to the official Chapter 2 Season 6 release on March 16, 2021, but there is a lot more to know before then! Take a look below to see what's in store for the finale and some things we can expect from the upcoming events.

The most information they have revealed has, of course, been about the end of this insane, crossover-packed chapter that we're currently playing. While we can safely assume the crossovers aren't done with (and likely never will be), one must wonder what kind of outfits we'll see in the next season.

Assuming the schedule doesn't magically change over the next week, Season 5 will officially end on March 15. This will end the most significant season of collaborations in a way different than they've ever ended any season. Instead of the usual live event (e.g., when we all grouped together to defeat Galactus with the Battle Buses), we'll be challenged with a solo mission as Jonesy.

With this season coming to a close, Epic has made several suggestions that also might reveal aspects of Season 6. The most noticeable, by far, is that they are suggesting we spend all our Gold Bars. The official statement suggests that they'll be reset upon the new season, but we're speculating that Gold Bars will no longer be used as a game mechanic (mostly because they weren't that popular).

The Breathless Blades Pickaxe is also still up for grabs until the season ends! You can obtain them by finishing the Epic Quests provided by Fishstick or Lovely before Season 6 starts.

This is also your last chance to level your account and get some of the higher-tier skins like the Topaz and Sapphire variants of the seven core hunters! We have a full list of all the Battle Pass skins and their variants. Be sure to use it to know what goals you need to reach. Get those challenges done as soon as possible, as they'll be gone next week!

You play through Jonesy's final mission in the Zero Point Finale, which is technically part of Season 6. So far, what we know about the finale can be credited to Epic's official statement:

When you first launch into the new Season, you’ll play through the conclusion of Agent Jones’ mission in the Zero Crisis Finale. The aftermath of this event is sure to shape Reality as we know it.

With such a vague comment, it's hard to know exactly what about Reality will be shaped. Still, if it's anything like the previous seasons (namely, all of them), we can expect major map changes when you finish the mission. Many rumors are being spread about what's in store, but our favorite ones involve a DC/Marvel co-existence in the Fortnite universe and the possibility of The Agency making its return.

We all know Batman will be entering the Fortnite Universe at the start of this season, and it's strange that they're making such a big deal about Ant-Man this close to his entry. We're hoping the two comic universes cross paths!

Fortnite is available via PC, Xbox, PS5, Switch, and Android devices. So if you're excited for this Season's final days, be sure to join in on the fun on almost any major platform!

Want to see some of the latest leaks of all Fortnite cosmetics? Check out our full list here!

When does Fortnite Chapter 2 Season 8 End?