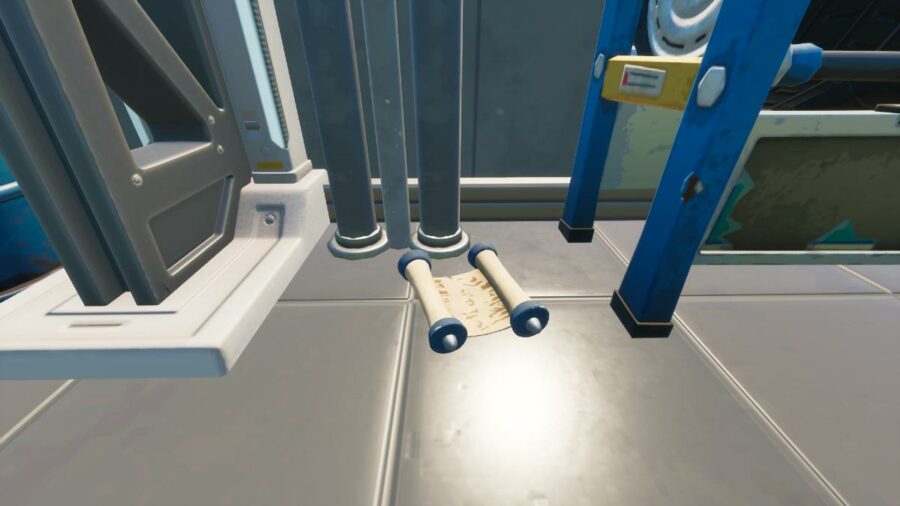 The first quest given by Dark Jonesy for his The Oracle Speaks questline finally makes proper use of the IO bases currently on the map. We are given the task of going to two different IO bases to collect scrolls from them. This guide outlines where you'll find each IO base and the scroll in each one.

In the map below, you will see where you'll find each IO Base currently on the map. For further detail on where to find them, you can refer to the directions below the map.

Related: Where to Find Dark Jonesy in Fortnite Chapter 2 Season 8

Once you have collected two of the Scrolls listed above, the quest is marked as complete! You're now ready to move on to the second quest.

Want to see the guides for the rest of the quests on this punchcard? Be sure to check out our list of All Dark Jonesy The Oracle Speaks Punchcard Quests!