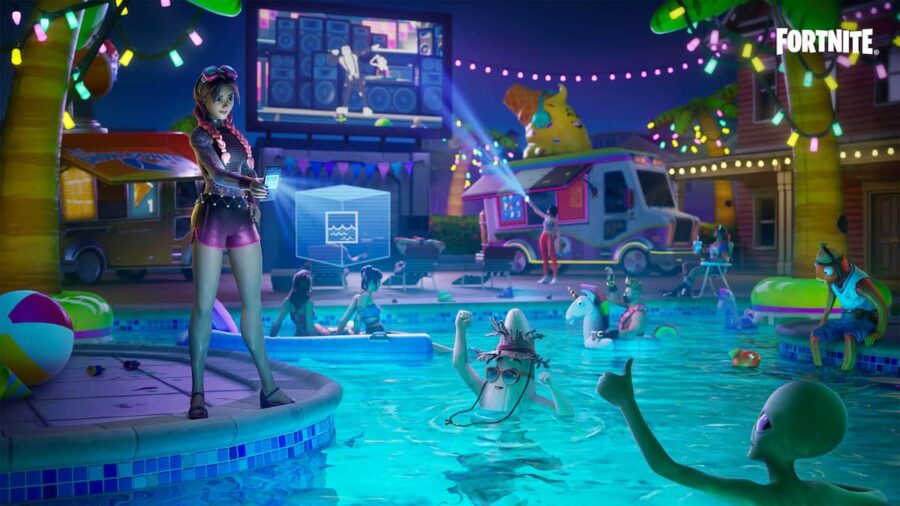 Boogie Bombs are utility throwable items, and in Fortnite Chapter 3 Season 3 players will find them as ground loot, in chest spawns, and also in supply drops. These items are quite popular in the game and can be used as throwables to make opponents start dancing for a few seconds. One of the Quests this season requires players to make a Character dance to a Boogie Bomb. Players can complete this Quest by simply throwing the Boogie Bomb at one of the various NPCs found all across the map. You will be rewarded with 15,000 XP for completing this Quest in-game.

How to make opponents dance with Boogie Bombs in Fortnite

To make opponents dance with Boogie Bombs, you will simply have to aim and throw it toward them. Opponents getting stuck in the Boogie Bomb's blast radius will automatically start dancing, giving players an opportune moment to get an easy elimination. While there are no fixed locations for finding Boogie Bombs, players will definitely find Boogie Bombs at the Rave Cave POI. The area is hosting a party during the No Sweat Summer event, and you can drop in at the location to find Boogie Bombs as ground loot or in chests.

Related: Who is the Bus Driver in Fortnite?

To use Boogie Bombs effectively, players should throw it in the path where the opponent would move. Instead of throwing it on them, or behind them, throwing a Boogie Bomb in an opponent's path would stop them from making sudden moves. Similarly, you can also use these items in a box fight to take down opponents swiftly. In a scenario where the opponent is holding builds above you, make sure to throw the Boogie Bomb after destroying their builds.

Want to read more about the Fortnite community? If so, check out How many people play Fortnite? Full Fortnite player count or Start and End Dates for All Fortnite Seasons on Pro Game Guides.

Where to find Boogie Bombs in Fortnite