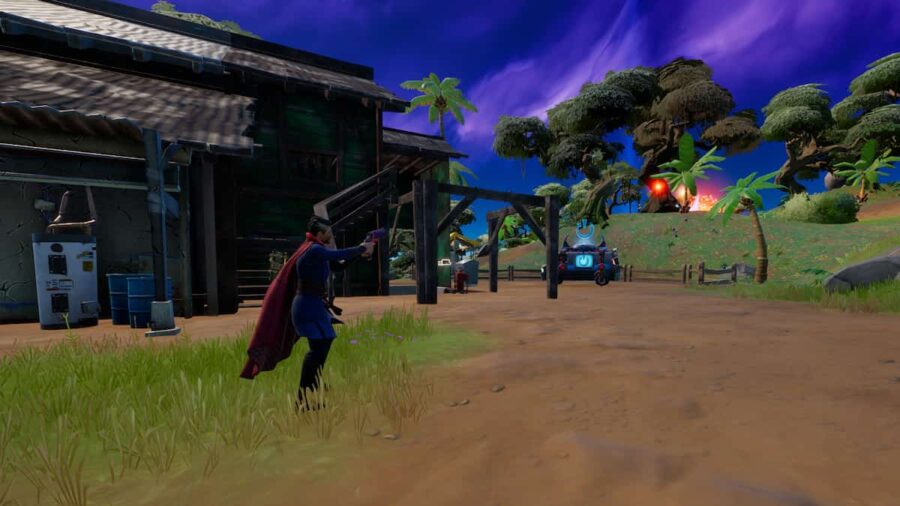 Out of all the Exotic guns available in Fortnite, The Dub Shotgun is arguably the most entertaining weapon to use in Chapter 3 Season 3. This Shotgun features a unique kick-back mechanic that sends opponents flying after dealing damage. The Dub reminds players of the iconic Flint-Knock Pistol which features a similar mechanic. In Fortnite Chapter 3 Season 3, players will get to purchase The Dub Exotic Shotgun from three different NPCs.

Where to buy The Dub Exotic Shotgun in Fortnite?

You can buy The Dub from Jonesy the First, Ludwig, and Mullet Marauder NPC in Fortnite Chapter 3 Season 3. This Exotic weapon costs around 600 Gold Bars. The Dub is incredibly powerful up close and deals high damage with two successive shots. The only problem is that the opponent will get kicked far away after the first shot.

You can use it in combination with a Shockwave Grenade in No Build Mode to quickly follow the opponent. Similarly, players can use this weapon inside buildings where opponents have nowhere to escape. Ideally, in box fights, players need to quickly build a wall to box in the opponent before shooting them with The Dub.

Related: Where to find Crash Pads in Fortnite and how to use them

Where to find Jonesy the First, Ludwig, and Mullet Marauder in Fortnite?

Jonesy the First, Mullet Marauder, and Ludwig are all scattered across The Joneses POI. You will find them in the three houses marked with white circles on the map image above. The Joneses POI is a hot-drop location, and you can expect countless opponents to land here for good loot and easy eliminations. We recommend finding weapons and shields first and dealing with the opponents before interacting with the NPCs. While these three NPCs sell The Dub, not all of them will spawn in every match. Make sure to check all the three houses to locate either one of the three NPCs.

Where to find The Dub Exotic Shotgun in Fortnite