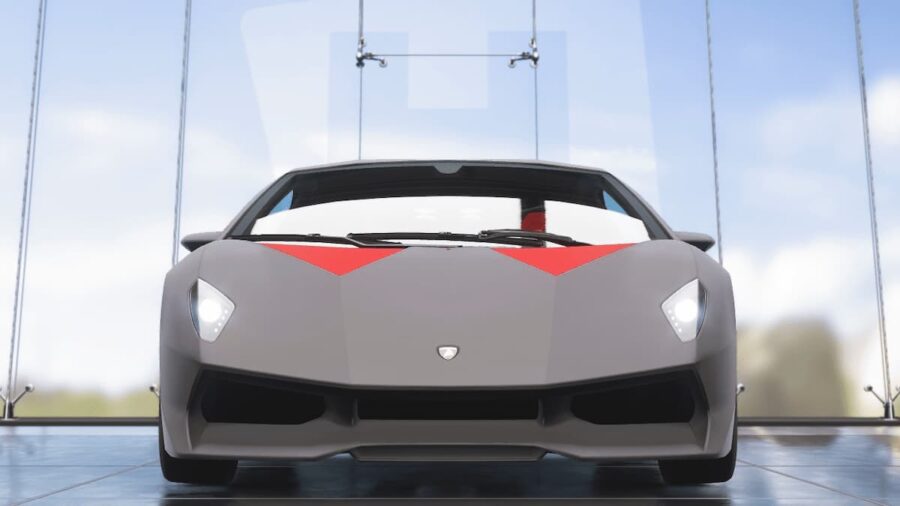 Now that players have experienced several cars in Forza Horizon 5, most have their list of favorite racers, memorized, tuned-up to the max, and ready to rip and run even the most unforgiving tracks in the game.

As racers ask themselves that loving Forza Horizon question of what to buy next, take this list of our absolute favorites and the obviously not so obvious best choices of cars to experience in Forza Horizon 5.

The Toyota 2000GT 1969 is a personal favorite and a bit of a hidden gem that needs some Forza 5 light shed upon it immediately!. Once tuned up to the max, it is an absolute devil of a racer and is one of the best cars to personally design and customize in the game. With a RWD 5-speed Transmission and a 2.0L Naturally-Aspirated I6 engine, the 2000GT assists players with some power-assisted four-wheel disc brakes and a dashboard-mounted handbrake to help tame this racing beast. Priced at 750,000 CR, players are sure to have a ball on the tracks while dusting the competition.

The "Welcome Pack" Edition of the 2008 Mitsubishi Lancer Evolution X GSR is a super tuned-up version of the same Lancer that's available outside of the Car Pack. It's priced at 43,000 CR, but the "Welcome Pack" will consist of five different cars and will cost players about five dollars in real-world currency. The Lancer comes equipped with a 2.0L Turbocharged I4 engine and an AWD 6-speed Transmission, and this "Welcome Pack" edition gives the Lancer immaculate offroad, speed, and acceleration stats. It's truly a dexterous racer car and a personal favorite that's proficient enough to handle and conquer the most ambitious races in Forza Horizon 5.

It doesn't look like much, right? Looking at the stats, it's easy to pass on this oddball of a racer, but if players tune this baby up, the BMW Isetta 300 Export 1957 can out-drift the whole lot. It will take the least of effort to earn three-stars in Drift Zones, with a tuned-up Isetta 300. At the cost of only 45,000 CR and a good tune-up would set players back about 150,000 CR, it's still one of the cheapest and most efficient cars on the list. Just hold the handbrake when drifting corners to experience this three-wheeled devil work its magic and try not to crash. This is a fun and nifty-looking racer that obviously exudes absolute class. The Isetta 300 Export is more powerful than it looks.

As one of the most dynamically adequate F1 hybrid racers in the game, the Mercedes-AMG One fuses its power with its performance in a way that makes it drive like a dream. With an AWD 8-speed Transmission and a 1.6L Turbocharged Hybrid V6 engine, the AMG One gives players over 1,000 horsepower to play with on the Forza 5 tracks. At its price of 2,700,000 CR, players are most definitely going to want to work hard to play hard with this bad boy.

A true unicorn in traffic, the 1965 Ford "Hoonicorn" Mustang is by far the most superior drifter in Forza Horizon 5. With high all-rounding stats and a 1,400 horsepower Twin-Turbocharged V8 engine, players will be able to feel its perfect 10 in acceleration on even the meanest kinds of terrains. It is a challenge for most cars in the game to compete with this monster racer, as it goes from zero to 100 in just over three seconds. Priced at 500,000 CR, the 1965 Ford "Hoonicorn" Mustang is one of the most diverse racer cars for the ultimate Forza Horizon 5 racer.

The Porsche 918 Spyder 2014 is a technological force of a racer that excels with a record-breaking performance. With an AWD 7-speed Transmission and a 4.6L Naturally-Aspirated HybridV8 engine, zero to 100 in under five seconds, thanks to its carbon fiber build, along with those perfect 10 acceleration and launch stats. The 918 Spyder hybrid is, no doubt, a definite force to reckon with in Forza Horizon 5. Players can pay for this beauty with 850,000 CR, or they're able to obtain it with the Accolade: My Precious completion reward.

Now, it wouldn't truly be a best of the best Forza Horizon list without a Ferrari somewhere near the leading few, would it? The Ferrari FXX 2005 is the bright red, chosen one for this flawless Forza 5 list! With an RWD 6-speed Transmission and a 6.3L Naturally-Aspirated V12 engine, its outstanding Handling stats are at a perfect 10. Tune this FXX to the max and experience it at its fullest potential. Priced at 2,500,000 CR, most dream-racing Ferraris are at this cost range, so just get those credits way up to race big.

The ultra-unique Pagani Zonda R 2010 makes the list, as it goes from zero to 100 in under six seconds while purring like a kitten. With an RWD 6-speed Transmission and a 6.0L Naturally-Aspirated V12 engine, along with a bespoke bare carbon fiber body, the Zonda R utterly drives and speaks (like a kitten) for itself. Priced at 1,800,000 CR, the Pagani Zonda R is definitely one of the best cars to experience in Forza Horizon 5.

The Jesko is still one of the fastest cars in Forza Horizon 5. Since the game's launch, it continues to uphold the highest rep of a 300mph barrier-breaking racer. With its RWD 9-speed Transmission and a 5.0L Twin-Turbocharged V8 engine, it's the perfect machine for most terrains, and it's especially proficient in drag racing. Jesko's super clutch design assists players in keeping control while at the highest of speeds. It can be purchased for 2,800,000 CR or unlocked by earning the Accolade: Cinema Irrealiste.

The Lamborghini Sesto Elemento Forza Edition has nearly all-around perfect 10 stats, and it gets up to 60mph in just above two seconds. What else is there to argue about regarding this ultimately superior Lambo Sesto? With an AWD 6-speed Transmission and a 5.2L Naturally-Aspirated V10 engine, the Sesto Elemento has a truly mind-blowing acceleration, and it performs as the top Forza Horizon 5 racer should. It is a great vehicle for drag racing and can be purchased with the VIP Membership for 20 dollars in real-world currency, which will also gift players with three Exclusive Forza Edition cars, this bad boy included.