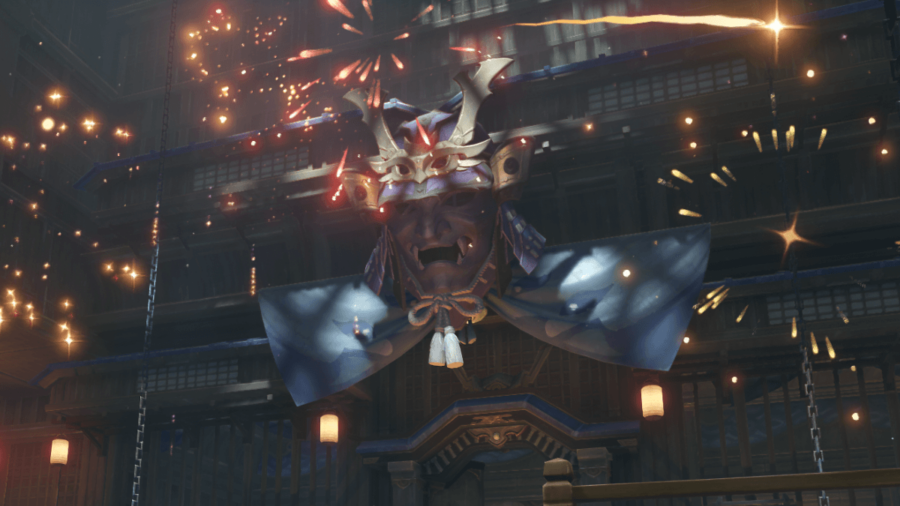 Meeting Ayaka face-to-face automatically begins the A Flower Blooms in a Prison story quest in Genshin Impact. After carrying out Ayaka's previous three wishes, which involves learning the stories of three Visionless locals, Travelers will be asked to rescue someone from the Detention Center in Inazuma City.

Enter the Police Detention Center by going around to the back of the building, where a golden domain light shines. The recommended elements for this domain are Pyro and Cryo, so plan your party accordingly.

Once inside, take your time exploring each room. The Police Detention Center is a pretty straightforward domain—meaning there aren't any difficult puzzles or mechanisms—but you'll need to watch out for two smaller traps:

Paimon will note the presence of a large door, which requires three magatama symbols to unlock. You'll find each of these symbols as you naturally progress through the domain, and they will float around you after being picked up. As far as we know, there is no time limit for how long the magatamas stick to you.

There is no boss battle beyond the giant door, but you will meet an interesting new character...

Completing A Flower Blooms in a Prison will reward you with two achievements: "Jailhouse Fiesta" (5 primogems) and "The Immovable God and the Eternal Euthymia" (10 primogems).

This is the last quest in Chapter II: Act I - The Immovable God and the Eternal Euthymia, so you'll be able to progress to the next Act afterwards—as long as you finish Ayaka's and Yoimiya's story quests first, that is.

Take our What is your Genshin Impact Vision quiz to find out which Archon you've been blessed by, or check out Genshin Impact Codes to snag free in-game rewards!

Where to find Maple Wood in Genshin Impact

All Electroculus Locations in Genshin Impact