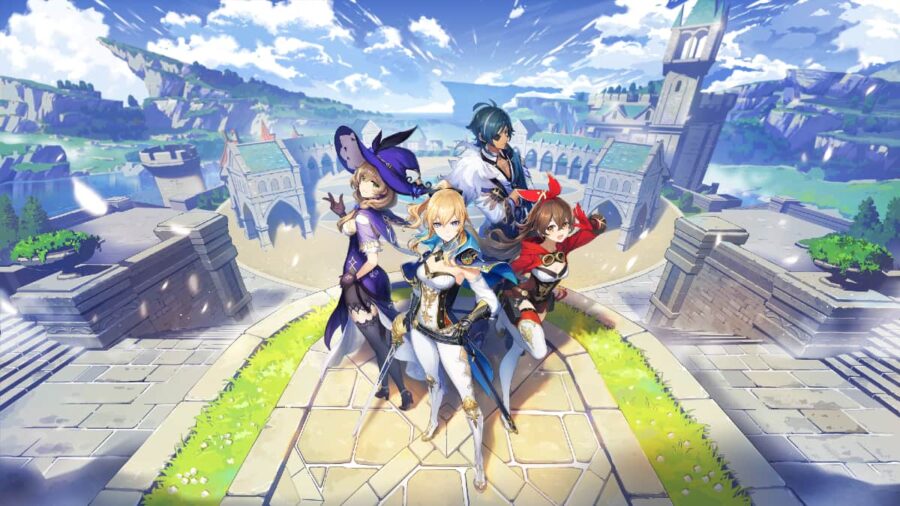 Though the game holds the typical stereotypes associated with "free-to-play" titles, Genshin Impact is a highly-rated MMORPG that manages to be a fun experience on both PC and mobile devices. However, characters are one of the hardest items to unlock in the game. Because of their scarcity, many players are left with tough decisions on where and how to progress. This guide will specifically set out to give some advice to Pyro players about which characters are best to invest in.

Which Pyro characters should I level in Genshin Impact?

It is a blessing to players that Amber also happens to be a great investment as a Pyro character, as she is coincidentally the first character every player unlocks. She is especially useful as an off-field support character or as a sub-DPS. This is due to her Elemental Burst, Fiery Rain, which allows Amber to coat the battlefield with a rain of fire arrows from long range. She also helps out a ton with puzzles and exploration, and in combat, her skills allow for great AoE potential as well as hitting weak spots with her bow.

Yanfei is the definition of a pure damage character. Her gameplay pattern revolves around her Scarlet Seal mechanic, which causes her charged attacks to become empowered the more seals she has. Her other abilities like Signed Edict and Done Deal generate seals while dealing their own damage, making Yanfei a consistent DPS funnel with massive damage uptime.

Like Yanfei, Diluc can dish out a ridiculous amount of damage. This is due to two factors: his Pyro abilities and the fact he wields a claymore, which is one of the hardest-hitting weapons in the game. His Elemental Burst, called Dawn, first knocks enemies back while dealing Pyro damage then summons a phoenix that flies forward dealing even more Pyro damage, and lastly ignites his claymore with flames, causing his other attacks to deal bonus Pyro damage. Combine that with his 3-part Searing Onslaught attack as well as his charge and plunge attacks, and you'll have an incredibly punishing melee DPS.

A long-underrated character in the DPS department, eventually players figured out that Xiangling is one of the best 4-star DPS characters in the game. This is almost entirely due to Xiangling's Pyronado, which has incredible damage scaling as well as constant interaction with other elements and buffs. While this limits her consistent DPS potential, Xiangling's burst damage is absolutely devastating regardless of the number of targets.

Hu Tao is a bit of a difficult character to utilize due to her abilities drawing from her HP to cast. However, if built around correctly, she deals ridiculous amounts of damage, utilizing effects that scale her damage when she is low on HP. She has two passives that increase her damage when below 50% HP. While this means she walks a fine line between life and death, matching her with shielding characters basically negates this downside, allowing her to survive easily while dealing the maximum DPS possible.

A firework-wielding bow user, Yoimiya's main advantage comes from her massive single-target damage. However, to reach her full potential, she needs a great support team around her that can funnel her energy, as she struggles to generate it on her own. Also, given that her Elemental Skill and Elemental Burst both benefit team play by applying Pyro to enemies, if a player can utilize their characters well, they will be rewarded with incredible DPS from Yoimiya.

Bennett is regarded by many as one of the best support characters in the game, and for good reason. His Elemental Skill Passion Overload allows him to trigger Elemental Reactions and his Elemental Burst Fantastic Voyage gives big damage buffs to healthy characters in its zone while constantly healing any characters below 70% within it, all while applying Pyro to characters' attacks. These qualities allow Bennett to elevate his allies to their full potential.

Related: How to track Mamoru and the others down in Kuki Shinobu’s Hangout Event in Genshin Impact

Being a shielding character, Thoma is a great support option for a team, as his shields can protect both him and his allies. The shields he creates using Blazing Blessing and Crimson Ooyorai scale off of his HP and has the added benefit of offering extra protection from Pyro damage. Furthermore, other characters can swap in during Crimson Ooyorai and immediately gain further shielding for themselves. This makes Thoma's shields potentially some of the most versatile in the game, if not some of the strongest.

Though a claymore wielder, ironically Xinyan is a powerful support due to her shielding capabilities. Her Elemental Skill Sweeping Fervor generates a shield that increases based on the number of enemies hit by the attack. If at least 3 enemies are hit, the shield will deal continuous AoE Pyro damage. Her best support abilities come from her passives, which serve to boost her allies' damage while weakening enemies with debuffs.

All Pyro characters worth leveling up in Genshin Impact