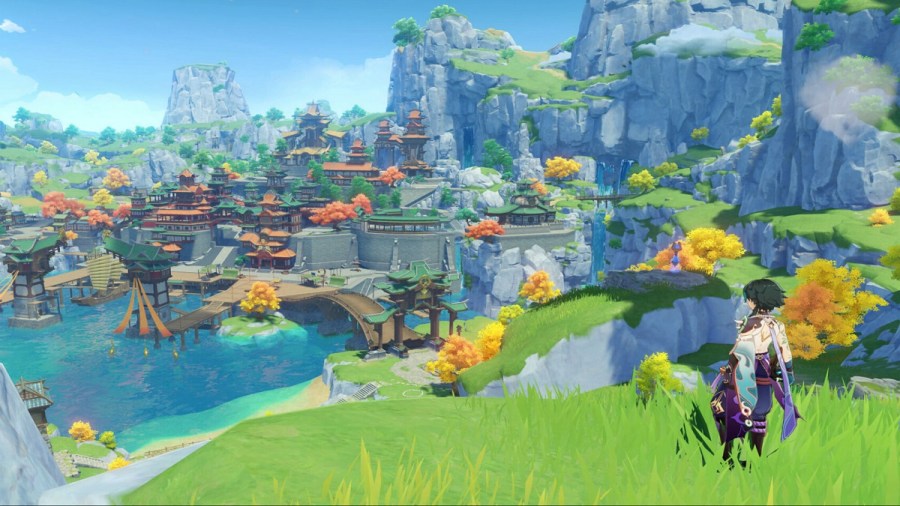 The world of Teyvat is pretty vast in Genshin Impact, and it's only going to get bigger with each new region the game adds in future updates. The next region that is unlocked is the snowy peaks called Dragonspine. But there is a rumor about an Electro region called Inazuma in development.

All Statue of the Seven Locations

In Genshin Impact, Statues of the Seven are significant locations, as they are nine of these around the world of Teyvat. They not only reveal the surrounding area of the map; they also let you trade Oculi for increased stamina, as well as healing your party members if they have been hurt.

In Mondstadt, there are four Statues of the Seven, which means there are five located in the Liyue region. If you check the map below, you'll see where each one is located. If you are a new player to Genshin Impact, we recommend heading for these Statues of the Seven pretty swiftly, as they will make getting to areas an awful lot faster!

Statues of the Seven also act as fast-travel waypoints, allowing you to always return quickly if you have enough Oculi to given them to increase your stamina. Stamina is incredibly handy in Genshin Impact, especially when it comes to climbing or swimming; use the Resonance Stones to find those Oculi quicker!. Each Statue has a health pool, where they can restore your health until the health pool is empty. Don't worry; this pool replenishes over time!

Genshin Impact: All Statue of the Seven Locations