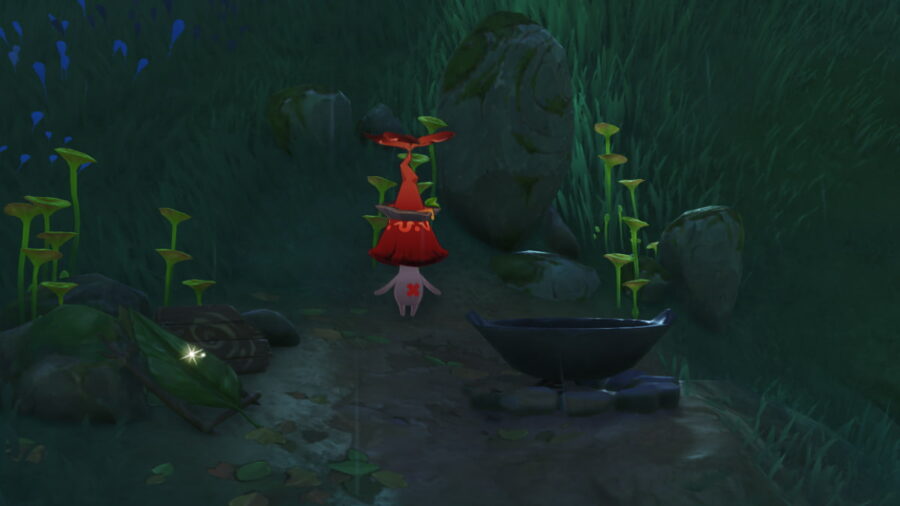 Cooking, The Armona of Homecoming is a World Quest that’s part of the An Unwavering Culinary Dream World Questline. It starts from a humble request by an Aranara named Arapacati, who kicked her brothers out of Vanarana many moons ago but would like them to return from their cooking training in time for Festival Utsava. Thus begins your search for four Aranara: Arachatora, Arasaka, Arapas, Araphala. In this World Quest, you’ll meet Arapas, an irritable (but adorable!) little friend who aims to make the best soup in the world.

How to unlock Cooking, The Armona of Homecoming Sumeru World Quest in Genshin Impact

In this guide, we’ll run you through how to complete Cooking, The Armona of Homecoming.

How to complete Cooking, The Armona of Homecoming Sumeru World Quest in Genshin Impact

Start by heading to the area circled in the image above, where you’ll find a cooking pot filled with soup. Investigate the pot and drink the soup to the dismay of Arapas, who will arrive after collecting some Harra Fruits. To make up for your mistake, you must help him collect water from the Living Spring.
Follow the quest marker to the river by the waterfall below and defeat the Spinocrocodiles along the way. Once that’s done, interact with the glowing Investigate spot by the waterfall to obtain the Living Spring. Then return to Arapas and give him the item to complete the World Quest. You’ll be rewarded with Recipe: Masala Cheese Balls for your effort. Once you’ve completed all three World Quests in the questline, you’ll unlock the next part called A Delicacy for Nara.

Check out our guide on How to unlock the Sumeru City Reputation Board in Genshin Impact to claim a ton of exploration rewards.