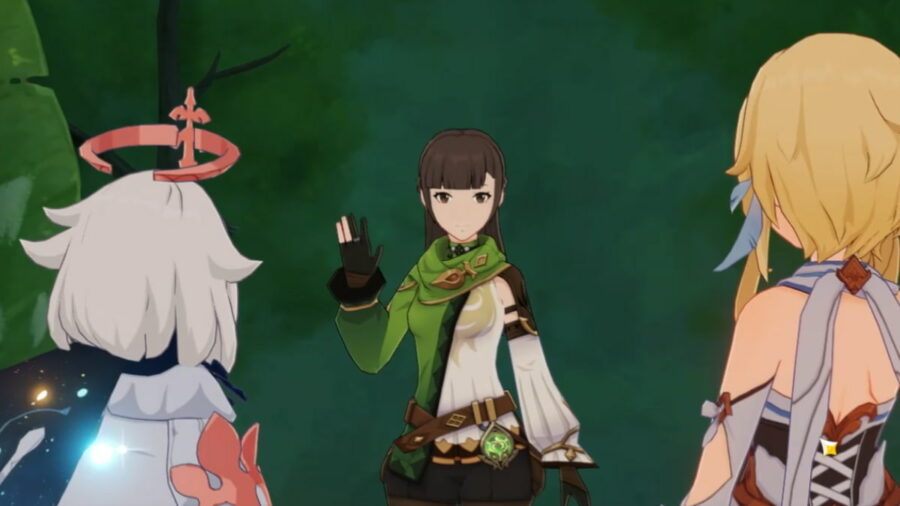 "Hello," "Thank You," and the Final "Goodbye" is the first and final World Quest in the questline called Aranyaka: Part IV - In the End, the Forest Will Remember. After getting rid of Marana's Avatar, you can finally obtain the Bija to save Rana, only for the story to end on a bittersweet note.

How to unlock the "Hello," "Thank You," and the Final "Goodbye" Sumeru World Quest in Genshin Impact

To unlock this World Quest, you must first complete the entire Aranyaka questline until For All Children Who Long for Life. After defeating Marana's Avatar and playing the Rhythm of the Great Dream in front of Arama's tree, you'll automatically unlock Aranyaka: Part IV and its corresponding World Quest, "Hello," "Thank You," and the Final "Goodbye."

Related: All Dendro Characters in Genshin Impact – Current and Future

How to complete the "Hello," "Thank You," and the Final "Goodbye" Sumeru World Quest in Genshin Impact

After completing For All Children Who Long for Life, you'll be beside Arana in Old Vanarana. If you have already left the area, use the quest marker to find your way back. Speak to Arana, who has lost his memories. Then head back to Rana by following the quest marker west of Devantaka Mountain. Interact with her to prompt dialogue between Rana and Arana. Once that's done, the World Quest will complete, essentially also completing the entire Aranyaka World Questline. You will unlock the Sumeru: The Rainforest of Lore Achievement called The Forest Will Remember.

Check out our guide on How to complete the Drusus Riddle Sumeru City bulletin board puzzle in Genshin Impact to initiate other quests outside of Aranyaka in Sumeru.