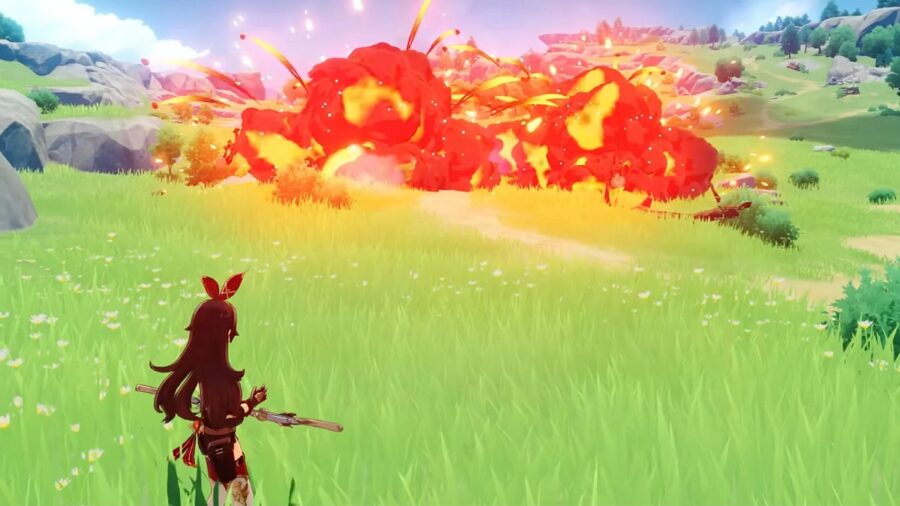 World Quests are quests that you'll find when exploring the world of Teyvat in Genshin Impact. These quests will randomly come available after you have progressed through certain story quests. These quests are really just a quick and easy way to get some quick rewards!

In the Aftermath is a World Quest in Genshin Impact, where players have to help Huffman with some cleanup work after the storm.

To start this mission, you have to have completed Prologue: Act 3, and then Huffman can be found to the right of the entrance of Mondstadt. Head up the street to the right, and at the end, should be Huffman. If the quest is accessible, you should have an Exclamation Mark banner on your minimap.

This World Quest is an easy one; all that is required is to head to the marked locations that Huffman has told you to patrol and dispatch any and all enemies in those locations. You also need to destroy barricades and other structures that the Hilichurls have built. Without destroying the obstacles, the quest cannot be completed or progressed.

After clearing out all the areas, Huffman has told you to check. Head back to him and inform him that the task has been completed. And he'll reward you with Adventure Rank EXP x100, Mora x 20000, and a Guide to "Ballad" x1.

A straightforward quest for some decent rewards!