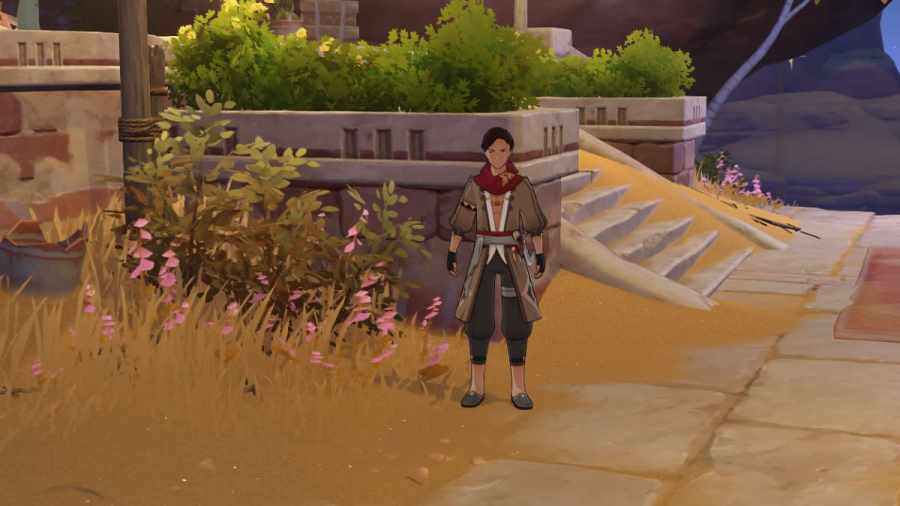 Join the Eremites and Embrace a Wonderful New Life! is a Genshin Impact World Quest that can be unlocked in Aaru Village. This quest will introduce you to Atiyah, an Eremite Mercenary desperate to recruit people into his organization.

How to unlock the Join the Eremites and Embrace a Wonderful New Life! Sumeru World Quest in Genshin Impact

To unlock this World Quest, you must complete the first four Acts of the Sumeru Archon Quest Chapter III: Truth Amongst the Pages of Purana.

Once all four Acts are done, head to Aaru Village to accept Join the Eremites and Embrace a Wonderful New Life!

How to complete the Join the Eremites and Embrace a Wonderful New Life! Sumeru World Quest in Genshin Impact

After completing the prerequisites, head to the area circled in the image above to find an NPC named Atiyah with a blue exclamation mark over his head. He'll ask for your help convincing Village folk to join the Eremites. Change the in-game time to anywhere between 6:00 to 19:00 to proceed.

Related: How to get shriveled Starshroom in Genshin Impact

Head to the quest area circled in the image above to find some Scorpions. Defeat them to prompt dialogue with the NPCs, completing the World Quest. This quest is part of the Sumeru City Reputation Board, so don't forget to claim your EXP reward there.

Check out our guide on Where to find Scarab in Genshin Impact to build your favorite General Mahamatra.